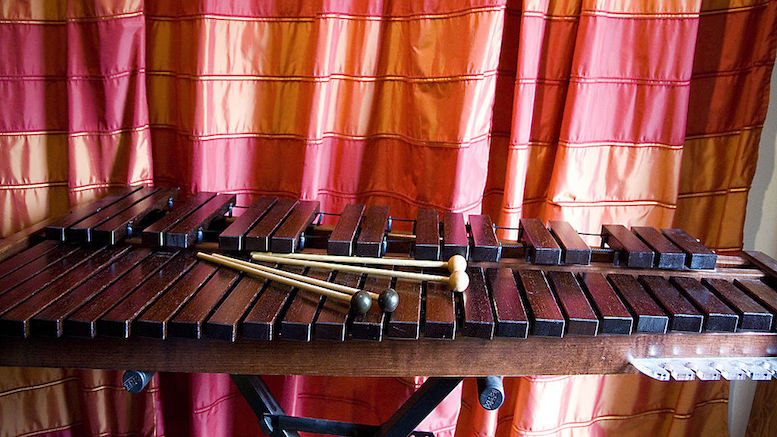 There’s not too much to this story—well, there’s probably a lot more to it at some level, but this police-blotter summary seems to include all the currently available facts:

FORT WALTON BEACH — A 43-year-old woman who was apparently upset that a man was playing a xylophone in the kitchen dumped a pan of cold grease on his head. According to her arrest report, she asked him to stop and when he didn’t, she dumped the grease. The Okaloosa County Sheriff’s Office deputy noticed that he had wet spots on his shirts and shorts and that there was a puddle of liquid on the floor near the xylophone.

That is technically assault and battery, but since the grease was cold it really doesn’t seem like that serious an offense. Couldn’t they just hose him off and tell her not to do it again? Maybe not.

This is by no means the first case of music-induced violence we’ve dealt with here. There was GTRK #59 (bagpipes), #38 (the Eagles), #37 (dubstep), #28 (Alanis Morrisette), and #8 (the vuvuzela, although that was not really “music”). That’s not including #11, on the phenomenon of people being murdered in the Philippines after botching “My Way” at karaoke, or #22, which involved a fight over whether Reba McEntire or Loretta Lynn “really started country music,” and then I also see there were at least two posts where somebody got attacked with a banjo (and any banjo attack is going to be hysterically funny, at least to me), but none of those quite fit here. These categories are fluid, you guys. 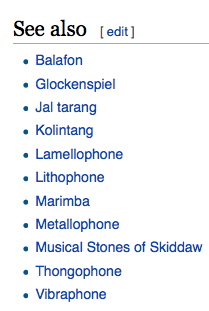 Okay, you just made all those up

I started to look up some information on the xylophone, but (1) I need to get at least some sleep and (2) I suspect that much of the info in this Wikipedia article has just been completely made up. I mean, I suppose it’s possible the sentence “Each bar is an idiophone tuned to a pitch of a musical scale, whether pentatonic or heptatonic in the case of many African and Asian instruments, diatonic in many western children’s instruments, or chromatic for orchestral use” actually means something, but I wouldn’t know what that might be. And I have heard of the glockenspiel, but by the time I got to “Musical Stones of Skiddaw,” much less “thongophone,” I was pretty sure the whole thing was a hoax.

So I’ll just say that “Enraged by Xylophone” would be a pretty good band name, or maybe a good name for the first album by The Glockenspiels, and suggest that we not try to kill each other with musical instruments (except banjos) and leave it at that.