Georgia was next, but given recent developments, I suppose I should do Illinois now while it still has official crap.

Official state bird: the lazily named Cardinalis cardinalis, a member of the family Cardinalidae. Also known as the “northern cardinal” or “redbird,” it lives throughout Illinois but also every other state in the eastern U.S. and most of Mexico, and in fact is the state bird of six other U.S. states in addition to Illinois.

Official state insect: Danaus plexippus! Or at least it sounds exciting until you find out it’s just the monarch butterfly, which is nice but lives literally everywhere in the United States, as well as Central America and the Caribbean and a number of other places that aren’t Illinois. So nothing especially unique about this guy, either, although at least somebody put a little thought into the name.

Official state language: German. Just kidding, it’s English, which is also the official language of every other state in the United States that has bothered with this, although native languages also have “official” status in Hawaii and Alaska, and some others publish things in more than one language without “official” status. Rooney’s bill would, somewhat surprisingly, repeal this one too, although probably most people would keep speaking English or whatever they speak now anyway.

Official state mineral: calcium fluoride, commonly called “fluorite” or “fluorspar,” and maybe not surprisingly at this point, also not unique to Illinois. According to the Illinois State Museum, Illinois is the largest producer of the stuff in the United States, but the U.S. apparently produces almost none of it, so there you go.

Official state song: “Illinois,” which the Museum says is actually entitled, “Illinois, Illinois,” and has the word “Illinois” in it 28 times counting the title. The legislature made it the state song in 1955, presumably after learning that people were having difficulty remembering the name of their state.

Official state slogan: “Land of Lincoln.” He was born in Kentucky and grew up in Indiana, but he did spend 30 years in Illinois, so, fine. The pending bill would not repeal this one.

Official state tree, flower, animal, fish, grass, and vegetable: the white oak, native violet, white-tailed deer, bluegill, Big Bluestem, and corn, all of which, you guessed it, are not particularly unique to Illinois.

Official state fruit: “The fruit Malus xdomestica, commonly known as the ‘GoldRush Apple’….” There seems to be some debate about what the scientific name of the apple really is, which is something you’d think would be settled. But these people call it “Malus x domestica” (the “x” means it’s a hybrid), and these people at Purdue University say that the “GoldRush” is a fairly recent variant that Illinois (among others) was involved in creating, so while there are some problems with this one I’m going to call it acceptable. 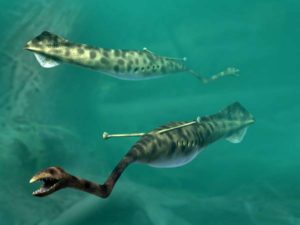 Official state fossil: Tullimonstrum gregarium (“the common Tully Monster”). This is a super-freaky thing that lived about 300 million years ago, and was named “the Tully Monster” after its fossils were discovered in the 1950s because scientists had, and still have, no idea what it is. Could be a worm, could be a mollusc, could be some kind of vertebrate. But it’s definitely weird, it actually existed, and apparently has been found only in Illinois. So, assuming you think states should have state fossils, this one’s solid.

Official state artifact: the pirogue. What? A “pirogue” is a small boat, usually but not always a dugout canoe. This is the most recent Illinois state symbol, enshrined just last year. As with so many state symbols, students are to blame for this one: an eighth-grader came up with the idea and got a state representative to sponsor a bill. The native Americans in the area historically used pirogues to float around, apparently, or at least they did before they were decimated by disease and driven out by other tribes and white settlers, ending up in Oklahoma. Also, not at all unique to the state. D+.

Official state folk dance: Could it be? Yes! The “Square Dance”! Official dance of Illinois and virtually every other state in the country that has declared an official dance! Yawn.

Official state soil: Drummer silty clay loam. Chosen from among the state’s 700 different types of soil, this is the most extensive and, soil aficionados claim, one of the best soils around. Man, if you like loam, this is the loam for you.

Official state amphibian: the Eastern Tiger salamander (Ambystoma tigrinum). We’re “Wild About Illinois Salamanders!” shrieks the Illinois Department of Natural Resources, but it seems to be equally wild about all 20 native species because the Eastern Tiger’s official status isn’t even mentioned. The State Museum, though, says it’s the largest of the state’s salamanders, and it is black with snazzy yellow spots. That might explain why it got more votes in the online election Illinois apparently held to select its Official Amphibian. Although it probably didn’t have to do much to beat the other candidates, the Gray Tree Frog and the American Toad. Ha! Good luck, Toad! Loser.

Official state reptile: the painted turtle (Chrysemys picta). Here we have a dilemma. There are definitely “painted turtles” in Illinois, but only because there are painted turtles everywhere on the continent. There are four subspecies, but if the legislature meant Chrysemus picta picta (like the Museum thinks it did), that one doesn’t live in Illinois. Also selected via the internet, so there you go.

Official state gubernatorial portraits: The last one on the list is maybe the most unusual, at least in terms of categories. It’s in section 212 of the statute and has two parts. First, it declares that those portraits of the governors that are displayed in the state capitol “shall be the official State portraits of the Governors of Illinois,” I guess so people don’t get fooled into buying unofficial gubernatorial portraits from some street vendor or something. But second, this:

No portrait or other image of any person who has served as Governor of Illinois and who has been removed from that office by impeachment and conviction shall be financed or paid for by the State or any State entity or with State funds.

Huh. Seems oddly specific, unless there’s been … oh. Right. Not coincidentally, this law became effective in January 2011, a few months after former governor and Lowering the Bar favorite Rod Blagojevich was impeached and convicted on corruption charges. It doesn’t actually preclude a Blago portrait, it just says the state won’t pay for it. Has anyone come up with the $20,000 it would cost? According to the comments here, at least, as of December his space was still blank.