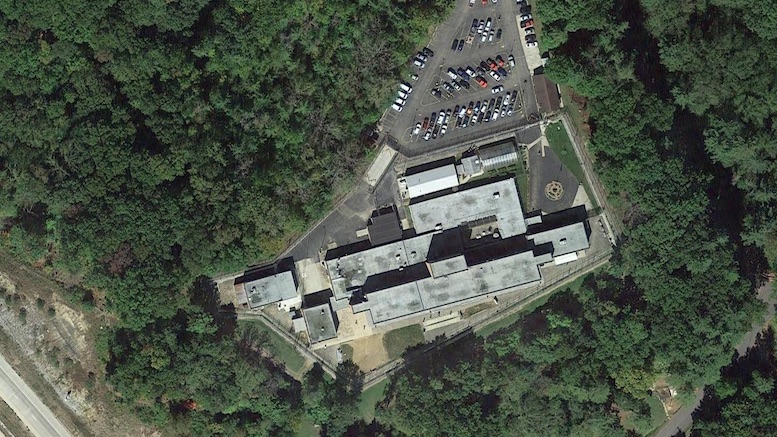 Have you seen this prison?

You do have a witness like that, don’t you?

Modie escaped from somewhere on March 27, 2016, and was recaptured about 24 hours later in Nelsonville, Ohio. Everybody seems to agree on that. It also seems to be clear that Nelsonville is in Athens County. (Mostly.) But Modie was charged with escaping from a prison, not just being outside one, so the relevant question was where the escape happened. And it was very relevant to the trial, because the state constitution guarantees trial by “an impartial jury of the county in which the offense is alleged to have been committed,” and the prosecution has the burden of proving that the trial is in the right venue. State v. Headley, 6 Ohio St. 3d 475 (1983).

According to the report, the state called four witnesses, including a corrections officer, two police officers, and an investigator. They testified that Modie had indeed escaped. Pretty open-and-shut case, I assume: guy was in prison, then he wasn’t, and we found him outside, where he wasn’t supposed to be yet. (Or, in this case, ever, since Modie was serving 15-to-life for murder.) The State rested its case, and probably started packing up.

But then defense attorney Dorian Baum stood up and moved for a judgment of acquittal on the grounds that the State hadn’t presented enough evidence to meet its burden. Specifically, it hadn’t established where the prison was.

Generally in this situation the party who went first will get a chance to fix the problem, if it can, so a case doesn’t turn on a simple mistake, for example. And the judge here accordingly gave the State another shot. Easy enough to call the corrections officer back to the stand, since he presumably knows where he works—but he seems to have left after he was done testifying. The police officers? Also apparently not there, because the State called the investigator back to the stand and asked him which county the prison is in.

He did not know.

Jurors appeared puzzled as [Judge] Wallace announced that he had no recourse other than to grant Baum’s motion after Investigator Jeremy Jewell was recalled to the witness stand and asked where the Hocking Correctional Institution is located…. Jewell, who sometimes works at the prison, was uncertain….

To be fair, the specific issue was not how to get to the prison but which county it’s in, and most of us probably don’t keep close track of county lines unless that line is also the state border, for example. That isn’t the case here. And to complicate things further, Nelsonville (where Modie was caught) is in Athens County, not Hocking, although there is a “Hocking College” located in Nelsonville. Members of the Hocking County Prosecutor’s Office presumably know where the county line is, but it’s not like they could testify. Unfortunately, the only witness they seem to have had left was not clear on this particular detail.

I wondered why the court didn’t just take judicial notice that the Hocking Correctional Facility is in Hocking County. But “judicial notice” is only for facts that can’t reasonably be disputed, often because you can just look them up in a standard reference book or something. And it does not seem that the location of the Hocking Correctional Facility is in that category. 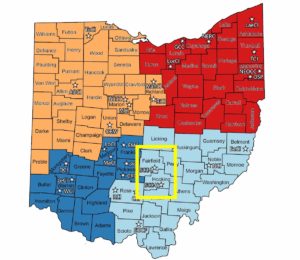 Not that the internet is a repository of reliable information, but I did notice that there is remarkably little information there on this particular facility. A brief Wikipedia entry is the top result if you search for “Hocking Correctional Facility,” and it does indeed claim that this is in Hocking County just north of Nelsonville (which apparently spans the county line). But though that entry links to the official website of Ohio’s Department of Rehabilitation and Correction, neither “Hocking Correctional Facility” or anything similar is actually listed there. A map (right) shows something in Hocking County labeled “SCC-H,” but that’s not on the list, either. There’s an “SCC-L” in Fairfield County, and that page does contain the word “Hocking” but nothing else about this mysterious “SCC-H.”

I did find the website of a service the state uses for financial transactions that lists a “Hocking Correctional Facility,” supposedly located at “16759 Snake Hollow Road, Nelsonville, Ohio.” I also found a report by the state’s Correctional Institution Inspection Committee saying it had found a correctional institution at that address in 2012, and inspected it. (“Overall, the inspection was very positive,” the report notes, presumably as prisons go.) Still puzzling, though, that the facility isn’t listed on the official ODRC page. It’s a medium-security prison, not a black site. As far as we know.

So it’s not that easy to locate this place, or at least to find admissible evidence of its location, if the investigator you hired for your case who works there doesn’t know what county it’s in, that is. Still, I have trouble believing that the judge would have ruled the same way if it would’ve meant Modie would actually go free. According to the report, notwithstanding the acquittal, Modie “remains incarcerated in a Youngstown prison for an unrelated murder conviction,” and will probably be there for quite a while.

It didn’t say which prison he’s in now, but Youngstown is apparently in Mahoning County. Mostly.