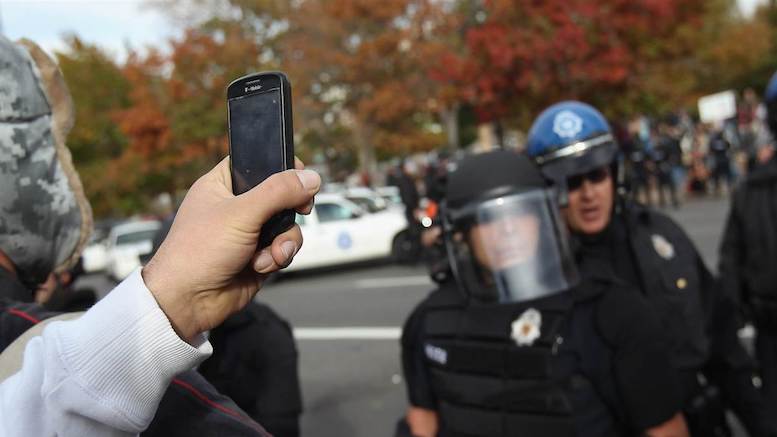 Doing this is legal

Wow, what a dumb argument, you may be thinking. Who might be dumb and/or arrogant enough to make such an argument? Well, yes, but besides them. Right! The police.

You may remember this case, actually, because I wrote about it in August 2015. This is the case in which police raided a medical-marijuana shop in southern California (though medical marijuana is legal here, of course), carefully went around smashing or stealing all the shop’s surveillance equipment, then did things they should not have done, only to later complain because those things were recorded by the backup surveillance system they missed. In fact, they later sued the city they worked for, saying it violated their privacy by using the “illegal” recordings as evidence in an internal-affairs investigation of their conduct.

In a recently published decision, the Court of Appeal held that no, they could not have had a reasonable expectation of privacy while executing a search warrant in a public place—even if they thought they had gotten rid of all the cameras first. Santa Ana Police Officers Assoc. v. City of Santa Ana, No. G053126M, 2017 WL 2879796 (Cal. App. 4th Dist. June 13, 2017).

The filming-police-in-public issue was back in the news just the other day, after the Third Circuit became the latest to hold that citizens have a First Amendment right to do this. Six of the 11 circuits have now weighed in, and the score is First Amendment 6, stupid police argument zero. At least in the remaining five circuits, police will continue to pretend they don’t know this is the law, and courts will continue to grant them qualified immunity, but time is running out on this particular scam.

This new state decision didn’t involve the constitutional issue, but only because the court didn’t need to reach it. California is one of those states where you can’t record a communication unless all parties agree, but that only applies if there could have been a “reasonable expectation” the communication was private. According to the officers’ complaint, once they “reasonably believed all surveillance systems had been rendered inoperable”—because they smashed the cameras—they then “let down their guard and began communicating with one another as they would in a non-public setting outside the purview of the public.” (Is there another kind of non-public setting?) In doing so they “engaged in conversations amongst each other [sic] that were not meant to be heard by any members … of the public,” which is certainly true, and “at times joked and made light of the situation in order to relieve stress,” which is certainly not.

But watch the clip(s) embedded here, and make your own decision. Maybe some people make fun of wheelchair-bound amputees when they’re under stress, I don’t know. But it doesn’t look to me like any of these officers were under any kind of stress. The people they held at gunpoint for no reason probably were, though.

Say, about that camera-smashing. Is that legal? Nope! Which is part of the reason four of the officers were later prosecuted for theft and vandalism. Well, that’s the vandalism part; the theft charges were because they also stole food whilst believing all cameras had been rendered inoperable. (This was not a very significant theft, unless “Mrs. Thinsters” cookies are more expensive than I think, but who cares? Did Ben Franklin put up with British soldiers groping his whipped syllabub? No, he did not.)

The prosecutor said there was no clear evidence that the officers had, as some claimed, also taken the opportunity to eat some of the shop’s merchandise. Unless “Mrs. Thinsters” is slang for pot brownies. It’s not really my field.

The [c]omplaint alleged the officers let their guard down once they had removed all known cameras and recording devices. It was, however, objectively unreasonable as a matter of law to believe there were no unknown cameras and recording devices…. The officers were carrying out a raid of a marijuana dispensary—a drug operation—and a secretive one at that…. [These are legal, and not especially secretive, but whatever.] In this situation, under the facts alleged, when police officers are executing a search warrant on a drug operation, the officers could not have a reasonable expectation that the conversation is not being overheard or recorded.

Therefore, using the recordings against them was not illegal. Obviously. If it were illegal under this state law, then the law would be unconstitutional. But here the argument was so dumb there was no need to bother the Constitution with it. Which is good. I mean, it has a lot on its plate these days.

Convictions Reversed Due to Judicial Sleeping