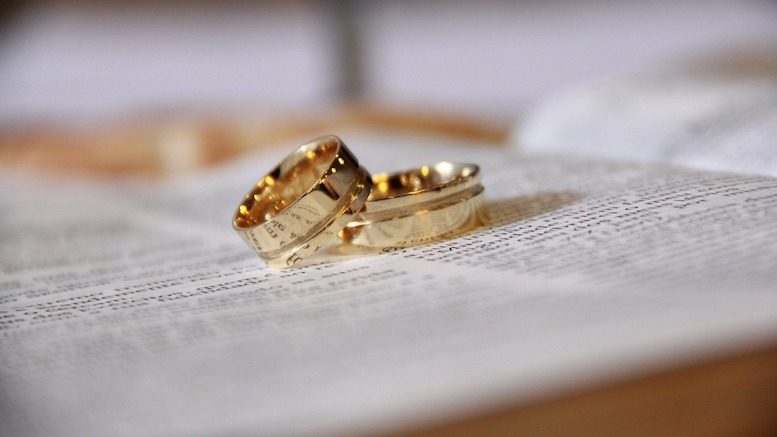 I now pronounce you immune from a trial subpoena

On September 20, Alabama prosecutors filed a motion to expedite the deposition of Yareima Akl, a material witness in the case against Charles Henderson. Henderson, the elected District Attorney of Jefferson County, has been suspended and charged with perjury for denying he had an affair with Akl during divorce proceedings in which he was acting as guardian ad litem for her 10-year-old child. (If you’re wondering whether that’s a conflict of interest, the answer is yes.) Prosecutors said they were concerned Henderson and Akl were about to run off and get married, which would mean that she could then invoke the marital privilege and refuse to testify against him.

This was not at all speculative, it turned out, because they had actually been married for two weeks at that point.

According to the report, Henderson and Akl got to know each other in 2015, when he was running for election. “[T]he two became close,” the report says, although there is of course a disagreement as to when this happened and just how close they became. The answers to these questions would ordinarily be nobody’s business, except that Akl was still married at the time and Henderson was later appointed as guardian of the couple’s child. He failed to mention their relationship (if any) at the time of the appointment, and during the divorce trial last September denied that they had spent the night together. Mr. Akl’s private investigators, and the state of Alabama, disagree with that. Hence the perjury charges.

Henderson denies he lied either to the court or in his testimony. His attorney has conceded there was a relationship, but that it was just a “hookup” and didn’t happen until after Henderson was removed as guardian. He has also argued the questioning at trial was “fuzzy” and that he gave appropriate answers to the “fuzzy” questions. The critical question, actually, was whether there had “been a time where you have spent the night at her apartment,” to which Henderson answered “no.” Was that a lie? Well, the private eyes say there had been at least three such times, including the weekend just before trial. Assuming they have evidence of that—hm, looks like they do—then it’s not clear to me where Henderson’s argument is going—unless he’s arguing it wasn’t “a time,” it was three times.

I hope that’s his argument, at least, because it sucks.

According to the most recent report, county records show that Henderson and the former Mrs. Akl were married in Five Points, Alabama (pop. 140) on September 7. Assuming that marriage is valid, then she could not be compelled to testify against him in a criminal case, and the statute seems to apply even if the testimony would involve things that happened before the marriage (to each other, I mean). Ala. Code. § 12-21-227. There is also a privilege for “marital communications,” but that only applies to things said during the marriage. So it looks like she won’t be taking the stand.

The private investigators almost certainly will, of course, so it’s not like this will necessarily put an end to the case. And there may also be an argument that the marriage isn’t valid, which appears to involve a statute that requires a 60-day waiting period before you can get married again following a divorce. The state bar will probably also have something to say about the conflicts issue, I would imagine, but that may be the least of his worries.

Also, the privilege just means she can’t be compelled to testify against him—it doesn’t preclude her from testifying if she decides she wants to do that. So all this assumes they are still getting along at the time of his perjury trial. Something he might want to keep in mind.

NOTE: “Catholic Beast” Is Not a Legal Term of Art

Does the Constitution Say You Can Shoot Socialists?