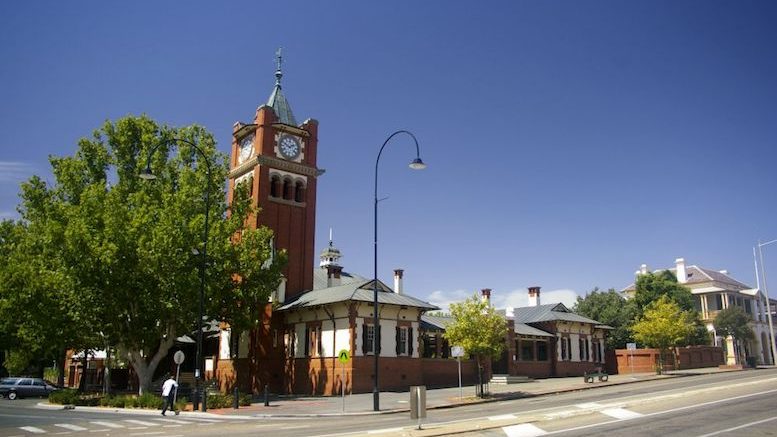 No. No, there is no explanation to be had as to why Judge Garry Nielson insisted on reading his 138-page opinion aloud in court, a performance that apparently consumed 17 hours over a four-day period in May 2016. This occurred, as shown in the excerpt above, in Wagga Wagga at the Wagga Wagga Courthouse, which is not far from the Gobbagombalin Bridge over the Murrumbidgee River.

Nor is there any explanation as to why it required 138 pages to resolve a case in which the main issue was whether someone falling off a horse involved a “motor accident.” To be fair, the issue was more complicated than that makes it sound, because the injured party claimed that his horse had been spooked by a car. For purposes of the Motor Accidents Compensation Act 1999:

(a) the driving of the vehicle, or

(c) the vehicle’s running out of control, or

If that was a “motor accident” under the MACA, then the plaintiff could recover damages; if it wasn’t, he couldn’t.

Now, reasonable people might disagree about the answer to that question. The definition is pretty broad, and this was an incident allegedly “involving the use or operation of a motor vehicle.” Judge Nielson held that this was a “motor accident” mainly because he found that although the horse was used to regular traffic, the evidence showed the driver had been speeding and that could have spooked the horse. The Court of Appeal reversed, not on a purely legal ground but because the record didn’t support that finding—the witness in question had conceded he didn’t have a solid basis for estimating the car’s speed, so it was just speculation. All very interesting, but not as interesting as the question why it took 138 pages to write out the analysis in this case, and certainly not as interesting as the question why Judge Nielson then insisted on spending SEVENTEEN HOURS READING HIS DECISION FROM THE BENCH.

As you can see from the excerpts here, the Court of Appeal devoted part of its opinion to this puzzling matter. As one judge wrote, there is precedent for this sort of thing, but most of it isn’t very recent. “Two centuries ago, all judgments were delivered orally,” he said, but by the early 20th century it had become rare. In 1916, the judge noted, a highly controversial decision that was 83 pages long in written form was delivered orally. Even so, he pointed out, “that judgment … was delivered in a single day.”

“Oral delivery of reasons occupying more than one day,” the judge continued, “was, and is, extremely unusual.” He cited a 1977 case called Tito v Waddell (No 2), “a decision of the first order of importance in private law and constitutional law” following a three-month trial that resulted in a 218-page opinion. “[H]is Lordship delivered reasons [from the bench] occupying just over four days from Monday 29 November 1976 spilling into Friday 3 December 1976…. It had been an exceptionally long trial, but even so delivering judgment over just over four days was exceptional. Until I encountered this appeal, I was unaware that there were modern counterparts.” (So was I.)

The Court of Appeal stopped short of ordering judges to stop reading opinions from the bench, or even taking more than a day to do it. But it did make clear that it frowned upon the practice for a variety of reasons, chief among them the waste of time (and, for the parties, money) involved in requiring people and their lawyers to sit in court for days while a judge reads to them. Especially if the judge doesn’t read very quickly, which I assume is the case here: 138 pages over 17 hours is an average of just over eight pages an hour, or more than seven minutes per page. Maybe it was tiny print, but it seems more likely that the judge was r e a d i n g  v e r y  s l o w l y, making this even more painful that it would otherwise have been.

On top of that, possibly because he planned to read his opinion out loud and so didn’t want to ruin the drama, Judge Nielson did not give away the result of the case until the third day:

There are further considerations which are real, notwithstanding that they cannot be measured in money. [The plaintiff] could not, until the third day, have known whether he had won or lost. It was not until the fourth day that he could have known the extent of his damages…. Litigation is stressful to litigants, and it is easy to see how the course taken by the primary judge may have increased that stress.

I guess he didn’t want to lose his audience, although since he had ordered them to come to court and listen, it’s not like they could have walked out on him anyway.

Good News for Law Firms: UFOs Are About to Save Us All