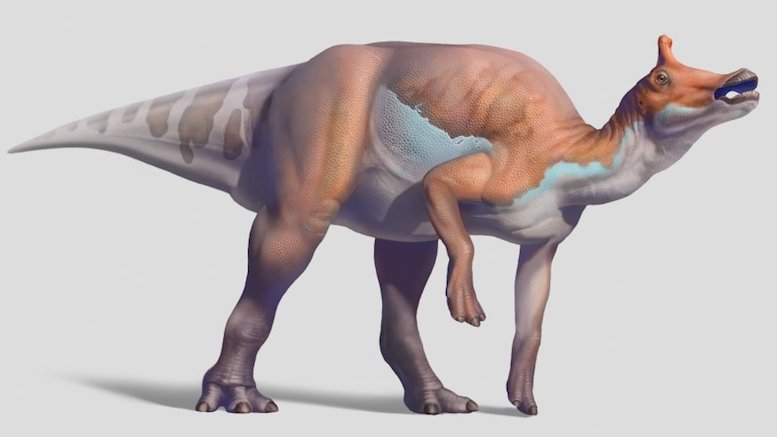 I thought I’d have plenty of time for this long-term project of addressing the official state crap of all 50 states, but I frankly did not foresee that the rate at which states add official crap would continue to accelerate. For example, we covered California back in 2013, which is not all that long ago, really, but since then the state has adopted no fewer than six additional state things, most recently a dinosaur. So let’s update.

Official state amphibian: the California red-legged frog (Rana draytonii). According to Wikipedia, this was formerly considered a subspecies of the northern red-legged frog, but it apparently got a promotion.

Official state fabric: denim. Denim, also according to Wikipedia, is a “sturdy cotton warp-faced textile in which the weft passes under two or more warp threads,” which could be from a Star Trek episode for all I know, but maybe it’s informative to you. Presumably, California picked denim as its official fabric because of its use in blue jeans, specifically the form created by Jacob Davis and then absorbed by Levi Strauss & Co., the headquarters of which is just a couple of blocks from where I am sitting typing this right now. So, that’s exciting, I know.

Official state lichen: lace lichen (Ramalina menziesii). WTF? Yes, California now has an official lichen. It is, in fact, apparently the only state in the country that has one, which, if you think about it, is not at all surprising. According to its website, the California Lichen Society, a group devoted to “promoting the appreciation, conservation, and study of California lichens,” has been pushing for this since 2011. The bill says some good things about lichens in general, but nothing about lace lichen itself except that it is common throughout the state of California. So it’s not clear to me why this one was chosen as the poster lichen for the state’s 1,900 lichen species, but I guess it’s nice.

Official state Vietnam veterans war memorial: the California Vietnam Veterans Memorial. Yep, it’s that one. The one in California.

Official state dinosaur: Augustynolophus morrisi, pictured above. This is the most recent addition to the official state club, which is a little ironic since it’s something like 66 million years old. (Not as old as lichen, I’m sure, but pretty damn old.) The remains of this thing were found in Fresno County in 1939, and apparently have so far been found nowhere else. Of course, it wasn’t Fresno County or California 66 million years ago, nor was the land mass even in the same place, but that doesn’t mean we won’t claim this beast as our own.

After all, the California grizzly is the official state symbol, and as discussed last time, we killed the last one of those sometime in the 1920s. So the fact that one of our official things no longer exists here, or anywhere on the planet, for that matter, is not a problem for California.

Judge Rules Lawyer Is Too Drunk to Litigate

Plaintiff in Deming Case Was Held for 15 Hours [Updated]