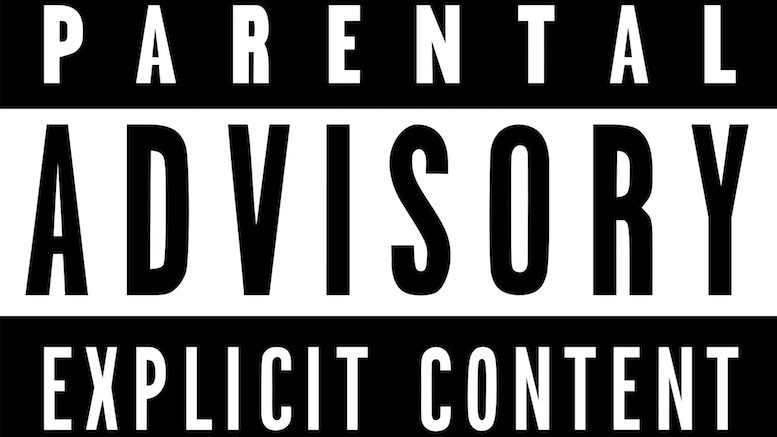 You don’t see the phrase “heroic legislator” that often, especially here. But today you do.

This is Virginia House Bill 31:

Be it enacted by the General Assembly of Virginia:

If any Any person profanely curses or swears or who is intoxicated in public, whether such intoxication results from alcohol, narcotic drug, or other intoxicant or drug of whatever nature, he shall be deemed is guilty of a Class 4 misdemeanor….

According to WAMU, this will be Michael Webert’s third attempt in three years to get rid of Virginia’s criminal penalties for public swearing. Webert, a Republican from rural District 18, says the law is obsolete and could make a criminal out of good people who occasionally say things that are, as he put it, “brightly colored”:

I farm for a living. The guys that work for me are a little on the rough side. They are good people, but we tend to say things that are brightly colored. Every once in a while the farmer comes out in me. I’d rather not get hit with a misdemeanor.

The report also says Webert believes the law “is of questionable constitutionality.” But it’s not quoting him, so I prefer to assume he actually said something like “is a f*cking bullshit law any dumbass can see is unconstitutional,” or words to that effect.

Webert points out that the Virginia Court of Appeals has already struck down a city ordinance that similarly made it a crime to “profanely curse or swear in public.” In Burgess v. City of Virginia Beach, the court reversed one of two profanity convictions. Arguably, he should have won on both, but the two different results do help show where the line may be drawn.

According to the opinion, Mr. Burgess first came to the attention of authorities because his Chevy Blazer was parked, at 1:20 a.m., with its hazard lights flashing, on the wrong side of the street directly in front of the local police station. That certainly justifies an inquiry, and Burgess told the officer he could not get the flashers to turn off. That too seems a little suspicious, except that the officer then also could not get them to stop.

This is where things arguably began to escalate a little.

The officer then “advised Burgess to check his Owner’s Manual since he was not an electrician and could not help him [rewire his Blazer].” More reasonably, he also told Burgess he couldn’t work on the car there because he was illegally parked (in front of the police station) and would have to move it. Also, he didn’t give Burgess a ticket for illegal parking, as he surely could have. And yet for whatever reason, instead of just leaving Burgess then fired up his Blazer and “spun his tires on the wet pavement for approximately 30 to 50 feet.” This got him a ticket for reckless driving. Burgess then took the opportunity to say “to his companion,” but very loudly, “I hate f_____ cops, and he’s an asshole, too.” That got him charged with “profane swearing.”

Four days later, the same Mr. Burgess noticed some officers who were “trying to control the overflow from a large Halloween party,” and yelled “F_____ cops” out of his car window as he drove by. That got him a ticket for violating a different law banning “abusive language.” He was convicted of both and appealed.

While the Court of Appeals clearly disapproved of Burgess, it was bound by Supreme Court decisions holding that laws like this are unconstitutional unless limited to punishing “fighting words,” meaning “words that tend to cause a breach of the peace.” See, e.g., Lewis v. City of New Orleans, 415 U.S. 130 (1974); Gooding v. Wilson, 405 U.S. 518 (1972). The “profane swearing” ordinance, just like the state law Webert is targeting, makes it a crime to “profanely curse or swear … in public,” regardless of the circumstances, and so is unconstitutional on its face.

The other ordinance, though, made it illegal to “curse or abuse” another person to his or her face “under circumstances reasonably calculated to provoke a breach of the peace.” As long as prosecution is actually confined to those circumstances, this kind of law is constitutional, and the Court of Appeals upheld Burgess’s conviction on this ground. Well, as I think I’ve said before, if the First Amendment protects anything it should protect your right to tell the government and/or its minions to go f*ck themselves. Burgess was just driving by and yelled an insult out the window. The cops didn’t deserve that, but it shouldn’t be a crime; and if a cop is so hot-headed that he’ll chase down a citizen to arrest him for “abusive language,” which is what happened here, I’m not sure he should be allowed to carry a gun.

Having said that, the concurring judge pointed out that the cops in question were apparently in the midst of trying to control a large crowd of people, and so a potential breach of the peace by those people—not the police who were insulted—he thought justified the conviction. If the crowd was really that dangerous, I doubt the officer would have left to go chase down some idiot who insulted him, but of course I wasn’t there.

In any event, there is no question that the state law Webert wants to amend is unconstitutional on its face. Why has his proposed legislation failed to pass twice so far? Good f*cking question.

No Reconsideration of Verdict in Pants Case: Appeal Looms