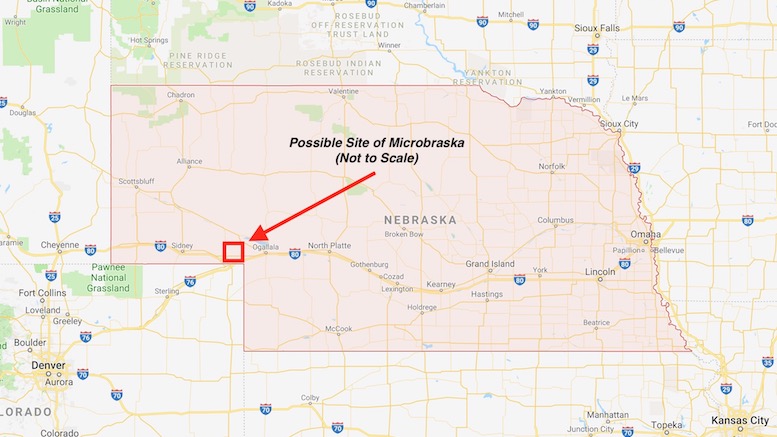 This report by the Omaha World-Herald offers more details about State Sen. Paul Schumacher’s proposal for a mini-state, or city-state, or something, inside Nebraska that would be free of some or all state regulations and taxes. See “Nebraska Senator Proposes Creation of Mini-Nebraska” (Jan. 17).

I still have questions, though.

First, the report says Schumacher has a specific location in mind: “near the junction of Interstates 80 and 76, in western Nebraska.” Why there? Because it’s a “strategic location,” “close” to the Front Range of Colorado, “somewhat close” to the international airport in Denver and “really close” to Lake McConaughy. (It is about 150, 180, and 40 miles respectively.) The report says the latter “is already a draw for Coloradans” in the summer, although whether that’s for fun or just in a desperate search for fresh water isn’t 100% clear. 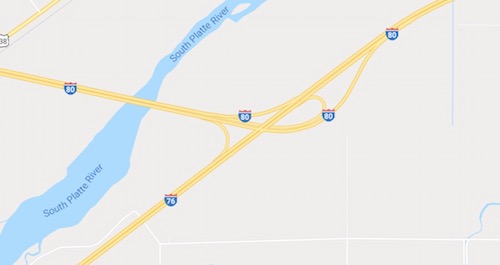 Sorry, it says “really close to an entertaining spot in Nebraska, Lake McConaughy,” so it’s the first one.

I like the way that’s phrased, as if they wanted to highlight the fact that there is an entertaining spot in Nebraska. (I’m originally from Kansas, by the way, where the density of entertaining spots might also not be considered high.)

Second, Schumacher also was not very clear about which brave pioneers he thought would trek out to found the new semi-sovereign state. The idea, again, is that some ginormous corporation or wealthy entrepreneur would be attracted by the possibility of being free of state taxes and regulations (though not federal law) for up to 99 years, and sufficiently attracted to invest an amount that Schumacher suggested might be around $50 billion. It’s not clear whether this would be an outright payment to the state to lease the land or just a commitment to invest that much in developing property that the state would, eventually, get back. So if Elon Musk or Richard Branson wanted to build something near the junction of I-80 and I-76, for example, then by the 22nd century Nebraska could have its own spaceport. Or something.

We know Starfleet Headquarters ends up in San Francisco, but maybe something else cool might arise out there on the prairie, a mere three-hour drive (but only 20 minutes by hyperloop) from the international airport in Denver?

Third, as several people have asked, how exactly will this work? Setting aside what “sovereignty” means, that is? For example, why is there a limit of 360 people, one person wondered, and what happens if they go over the limit? Actually, the limit of 360 isn’t expressly stated, I just calculated that from the provision that Mini-Nebraska is “not to exceed thirty-six square miles in area and a population density of ten persons per square mile.” But that still poses the similar question: What if the residents don’t stay that spread out? If they have a party—or, you know, all show up for work at the same place—do they lose mini-statehood?

The answer is probably that the language is meant to define the conditions at the time of the grant, to make sure the place is located in a rural area that needs the economic assistance. But I like the idea that the residents would all have to constantly plan their movements so they don’t accidentally exceed the density limit.

Also, what happens when the 99 years is up? “Does mini-Nebraska need to have a mini-vote to rejoin Big Nebraska?” another person asked. I think the answer to that is no, because, again, the provision is trying to limit the scope of the original grant. So, after 99 years (at most), under the state constitution the “sovereignty” would automatically lapse, and all Nebraska taxes, laws, and regulations would immediately apply again (though that could not be retroactive). Could the legislature immediately renew it again for another 99, effectively meaning a mini-quasi-state could exist there in perpetuity? That’s a good question, and I’d answer it if I thought the U.S. would last that long in its current form.

Finally, and most importantly, what are we going to call this? According to the report, Schumacher has been calling it “The New City,” but surely that’s just a placeholder. I suggested “Mini-Nebraska,” but hadn’t really thought about it much. Better suggestions immediately cropped up on Twitter, not surprisingly. Eric Turkewitz pointed out, correctly, that the better form of the name I suggested would be “Minibraska,” but that given its size, “Microbraska” would be even better. Jay Wolman will want, and deserves, credit for his great suggestion, “Nomaha.” Scott Rollison proposed “Mega-City One,” which is good except for the population/density limit—although now that I think about it that might make it perfect, sort of like how huge men are (allegedly) sometimes nicknamed “Tiny.”

I ran these and other suggestions by Sen. Schumacher’s office, but haven’t heard back (yet). Maybe this’ll be covered at the hearing Monday, but we might as well put it up for a vote to help him out. If this poll works correctly, you’ll be able to choose up to three favorites, and also write in a suggestion of your own. Maybe there will be a run-off later.

Assuming the U.S. lasts that long in its current form.

If You’ve Been Blown Up, Call This Firm Now