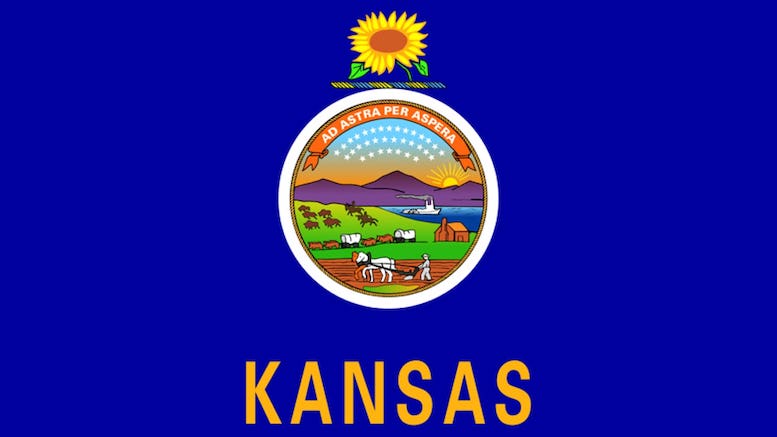 Arguably, a state should be led by an adult human

On February 10, Angus P. Woolley of Hutchinson, Kansas, announced the formation of a campaign committee to support his run for state governor in the 2018 election.

Technically, his spokesman announced it, which is understandable because that’s the kind of thing spokespeople often announce, and also because Angus P. Woolley cannot speak, because he is a dog.

According to Woolley’s spokesman—who is also Woolley’s campaign manager, and his owner—the candidate is a three-year-old wire-haired Vizsla who is fully qualified to hold the position. Though Woolley has completed only three levels of obedience school, the spokesman said, he is “smart” and, more importantly, a “good dog.” At a minimum, the spokesman continued, “he could provide better leadership than what we’ve had [for] the last seven years in our state.”

That was a reference to former governor Sam Brownback, who took office seven years ago and, having run up enormous deficits and, according to several polls, a 23% approval rating, recently resigned to become President Trump’s “Ambassador-at-Large for International Religious Freedom.” (Brownback is known to be a strong advocate of religious freedom, as long as the religion involved is the right kind of Christianity.)

Others also appear to believe Brownback’s record shows that basically anyone could do better, which might explain why at least six teenagers are currently running for the office he just vacated. The teens noticed that Kansas has virtually no restrictions on who can serve as governor, and specifically has no age or residency requirements. All six have filed the necessary paperwork, although it remains to be seen whether they will pay the required filing fee by June 1.

The state constitution requires legislators to be “qualified electors” who live in the district they represent, which effectively imposes an age requirement because the minimum age for voting in Kansas is 18. But in the section on the executive branch, it says only that executive power “shall be vested in a governor,” and there is nothing about being a “qualified elector” or any other requirements. Hence the teen candidates, and now the canine one.

A bill has been introduced that would “fix” this “problem.” HB 2539 would require any gubernatorial candidate to be a “qualified elector” and a resident of Kansas for at least four years before running for office. The residency requirement would prevent anyone under four years old from running, but for the reason above the “qualified elector” provision would make the minimum age 18. This is not going to pass before the election, however, and it’d probably be unconstitutional to change the rules after candidates have already filed. So for both reasons, the teens will presumably be on the ballot as long as they pay the fee, assuming their parents say it’d be okay for them to be governor if they win.

The state representative who introduced the bill acknowledged it won’t pass this year, but also said he didn’t think the kids could win. “We have a new governor,” he pointed out, meaning the Republican lieutenant governor who took over after Brownback left to fight for religious freedom. “He will be difficult to beat in the primary,” the rep argued, which is probably true, but it also sounded like he was kind of hoping none of the teens could save up enough for the filing fee.

Angus Woolley, of course, is only three, but that wouldn’t matter for the reasons above. He is not human, though, which is a problem the teens presumably don’t face. But again, current law has no specific requirements for the office. There are some provisions from which one could infer that a non-human animal could not serve as governor, however. For example, in a couple of places the constitution uses the word “person” to refer to executive officers, and there is, for better or worse, authority that non-human animals are not “persons.” Also, it refers to certain proceedings a governor must conduct “in writing,” which so far as I know even the wire-haired Viszla has not yet mastered. But that’s about all we can glean from current law.

The director of the state’s Governmental Ethics Commission seemed to recognize that the law wasn’t clear, in fact, because he deferred to the Secretary of State on the question. “Essentially,” Mark Skoglund said, “if they decided that that is a candidate, then we are statutorily obligated to proceed that that is a candidate.” This sentence gave me a headache but makes reasonably clear that he would honor a dog’s candidacy if told to do so. Will that happen?

“A dog will not be allowed to file and put its name on the ballot,” grumped Bryan Caskey, director of elections in the Secretary of State’s office. And, in fact, the Kansas City Star reported yesterday that the secretary had decided Woolley was out. Why? “There’s several laws that reference that the governor has to be an individual or a person,” Caskey said, “and so we are relying on that.” Well, maybe they are. And maybe it’s just a coincidence that the Secretary of State, Kris Kobach, is himself running for governor. Or is it?

Angus Woolley’s spokesman/owner, Terran Woolley, didn’t think so. “I feel that maybe [Kobach] is scared of facing him,” he said. That’s probably not true, because Terran said Angus is a Democrat. That means he would be highly unlikely to succeed in Kansas, even against the thoroughly awful Kris Kobach, also known for his bogus “Commission on Election Integrity,” in which role he managed to embarrass even the Trump Administration. Any reasonably good dog should be able to beat Kobach. Hopefully, the lieutenant governor also falls into that category.