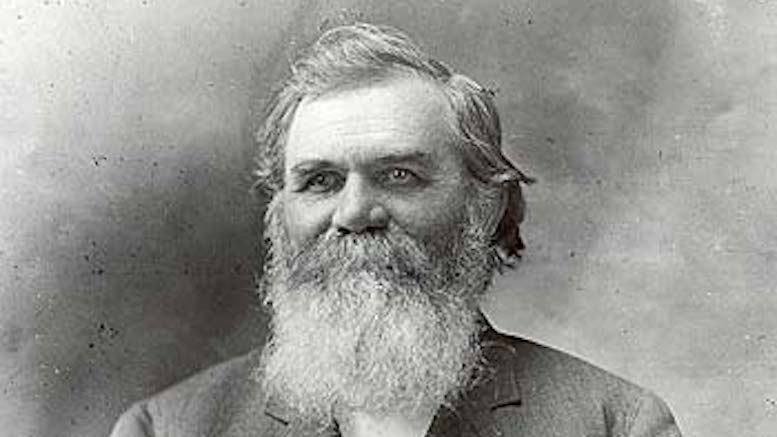 Daniel David Palmer, who really has very little to do with this story

The case name here is pretty good by itself, but no discussion of the 1992 Mississippi Supreme Court’s decision in Brake v. Speed can possibly ignore the fact that it involved a car accident in which Brake was rear-ended by Speed.

That includes the court’s own discussion:

The defendant’s name, in fact, was “Sally Speed,” which is something you expect to find in a law-school exam question, not in a real auto-accident case. But sadly, Ms. Brake’s first name was “Wilnetia,” not “Betty.”

Do the other facts of the case matter? Not really, but if I limited myself to what “matters,” I might not be doing this at all, so here goes.

After a short introduction, the opinion begins: “On March 7, 1986, Brake was operating a vehicle which was hit in the rear by a car being driven by Speed.” (This is followed by the footnote above, for the reason mentioned.) About six months later, Brake was hit again. (That car was driven by a Mr. Johnson, and I suppose you could make something out of that, too, but as you know I am above such things.) About a year after first encountering Johnson (sorry, I tried), Brake sued Speed for negligence, alleging injuries to her back, hip, and leg, as well as headaches, muscle spasms, and “extreme nervousness.” She claimed $21,153 in lost wages and $11,560 in medical bills.

Speed appears to have conceded liability, which was probably wise, and the only issue at trial was “the amount of damages suffered by Brake as a result of Speed’s negligence.” Brake’s evidence on this left something to be desired.

First, she could not verify how much she had been earning pre-accident “because she had not filed any tax returns since 1983.” Second, the only treatment she got after the first accident was from a chiropractor, and I’m not saying chiropractic is entirely bogus, but I do feel compelled to mention that its first practitioner said he had it explained to him by a dead guy. Third, she appears to have argued that Speed was liable for all the above damages, which was somewhat inconsistent with the fact that she had also sued Johnson and argued in that case that he was liable for all the above damages. (That case seems to have settled.) In short, it is not too surprising that at trial, the jury awarded Brake only $5,600, much less than she was after. She therefore appealed, which you can sometimes do if you win but got less than you demanded.

The Mississippi Supreme Court affirmed. It held the trial court properly refused to give an instruction arguing that Speed and Johnson were “joint tortfeasors” who had combined to cause a single injury. Because these were unrelated accidents six months apart, that seems pretty solid. It was also not wrong to let the jury know that Brake had sworn in the other case that the very same injuries were all caused by Johnson, not by Speed. Finally, the court also held the evidence supported the amount of damages awarded. This was partly, the court said, because the evidence showed that “after the first accident, Brake only sought chiropractic treatment, but after the second,” she saw actual doctors. The court implied, but did not say, that this suggested her injuries after the first accident were not severe, since when one suffers severe injuries, one is more likely to seek treatment devised by the medical profession as opposed to something a former beekeeper said he heard about from a dead guy.

Brake v. Speed has been added to Lowering the Bar’s Comical Case Names page, where it joins, among many others, the somewhat similar case of Death v. Graves.