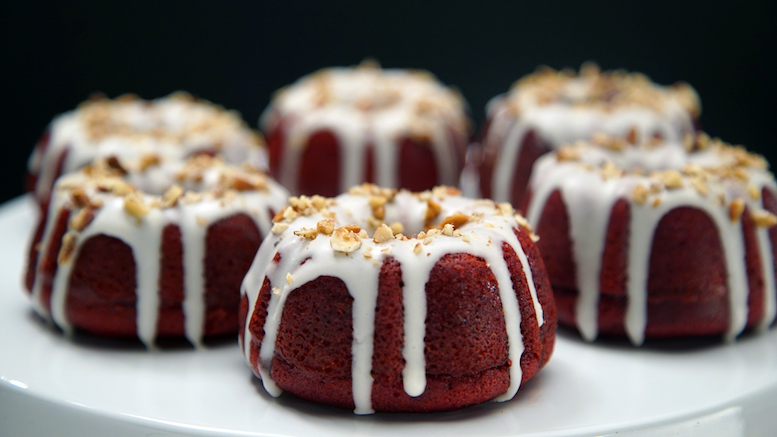 The cake scandal that almost brought down a city manager

Maybe there’s another category of corruption in addition to the five I suggested the other day (see “Hilariously Corrupt EPA Director Resigns” (July 5, 2018)), which I would squeeze in between “normal” and “mild.” I guess this would be for something beyond what a regular citizen might do—I mean, this guy was sort of accused of misusing his official position?—but just barely.

In a case that is almost as far from Scott-Pruitt-level corruption as it’s possible to get, a city official in Sunrise, Florida, was accused in June of putting pressure on a local baker to honor an expired coupon for a free miniature Bundt cake (usual price: $3.99). The owner of the bakery—part of a chain that has the Simpsons-grade name of “Nothing Bundt Cakes”—told city commissioners on June 26 that the city manager demanded one of her employees “break the rules” and honor the coupon. She refused. It isn’t entirely clear what happened next; reports say the city manager “had a fit” and “got nasty,” but provided no further details.

This failure of reporting cost me the valuable time necessary to track down and actually watch the videos of the city commission meetings at which the mini-Bundt-cake matter was debated. Well, parts of them.

According to the bakery owner’s testimony, it appears that while the city manager was “upset” about not getting his free cake, the real problem may have been the bad review his wife allegedly posted later on Facebook, saying they would never buy another Bundt cake there and including the phrase “We don’t believe in your longevity.” It’s an odd phrase, and maybe even a little troubling if the “we” includes a city official. The whole thing upset the baker sufficiently to get her to go down and complain to the commission, at least.

The commission apologized, told her how much they liked her cakes, and scheduled a special meeting apparently for the sole purpose of discussing the Mini-Bundt-Cake Incident. This was higher drama than it might seem (though not much higher) because one of the commissioners had actually called for the manager to resign.

If you’d like to see what a nearly hour-long local-government meeting called to decide the fate of a city manager charged with inappropriate cake-demanding conduct looks like, here it is.

Most of the talking was done by Assistant Deputy Mayor Mark Douglas, who, it turns out, had already agreed to withdraw his call for the manager’s resignation. He spent some time defending his decision to make that call in the first place, something that had attracted criticism and some embarrassing publicity as well.

“For those who watch from afar,” Douglas said, apparently speaking to people on the internet, “it may appear that the genesis of my call for the city manager’s resignation was this Bundt-cake issue.” No? No. “For those who are closer observers,” he continued, “they will know it was only the proverbial straw that broke the camel’s back for me.” So they had some other differences of opinion, apparently. Douglas said that although the incident troubled him, after listening to input and discussing the matter thoroughly, he had decided to withdraw his call for the man’s resignation. This was followed by a tearful apology from the city manager, both to the baker for the initial incident and to the city at large for causing any embarrassment or distraction.

I guess the thing that gets me about this story is that the manager showed more contrition for allegedly demanding a free minature Bundt cake than Scott Pruitt ever did for—just for example—demanding a $43,000 soundproof booth be installed in his office for some reason and jetting around the country in first class. Pruitt probably did weep after the Ritz-Carlton ran out of his favorite moisturizer, but that’s not at all the same thing.