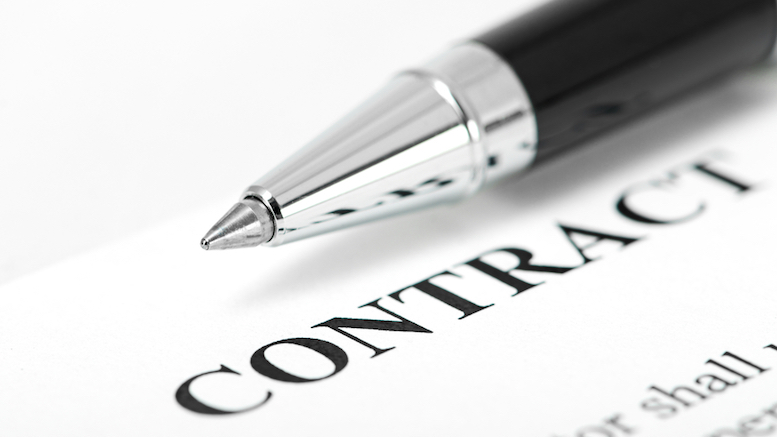 The BBC reports that a woman in the UK got a stern letter from PayPal recently, informing her that she had defaulted on a PayPal Credit loan with an outstanding balance of £3,240.72.

It was no excuse, apparently, that she had died three weeks earlier. In fact, that was the reason PayPal was bothering her.

“You are in breach of condition 15.4(c) of your agreement with PayPal Credit,” the letter said, “as we have received notice that you are deceased.” Not only that, it continued, “[t]his breach is not capable of remedy.” 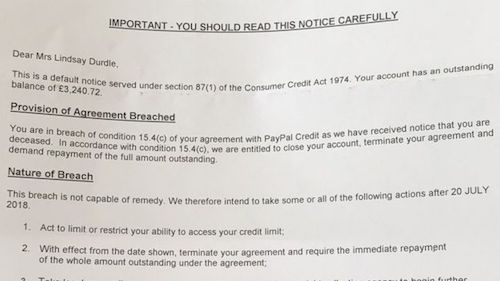 THIS BREACH IS NOT CAPABLE OF REMEDY

PayPal had been informed of the woman’s death by her husband, who was likely the executor of her estate. But why PayPal wrote her back directly is something it had trouble explaining. There were three possible explanations, a representative said: a computer bug, a “bad letter template,” or human error. Well, it certainly is a bad letter template, not only because of the language above but also because it instructs the dead person to whom it is addressed to “READ THIS NOTICE CAREFULLY.” I mean, people don’t do that when they’re alive, even if you do use all caps, so there was really no point in saying that here.

The woman’s husband said he was dealing well with the incident but wanted to bring some attention to it so that others might be spared the distress of receiving letters like this while still trying to deal with the death of a loved one. PayPal apologized profusely for the mistake and said it was trying to find out how it had happened in order to fix the problem.

The legal principles at issue here are the kind that you’re likely to forget as soon as you walk out of the room where you took the bar exam, and they’ve certainly faded in my case. My recollection, at least, is that the death of a party to a contract may (or may not) render the contract void on the grounds that it has become impossible for that party to do what he or she promised, but it doesn’t result in a breach. Unless you promised not to die, I suppose, in which case your estate is probably going to be on the hook for whatever damages your breach caused the other party. Again, though, I’m just winging it on this one. I would strongly advise you not to die before consulting a qualified and licensed attorney who can counsel you on the best way to do that.

I did of course want to get a look at Condition 15.4(c) of the relevant contract to see if it did in fact prohibit the contracting party from dying, but the terms and conditions applicable in the U.S. are different, as one would expect, and I couldn’t find the equivalent page on the U.K. site. I think this is because it kept trying to send me back to the U.S. site, which in most cases would make perfect sense, I suppose. You won this round, PayPal U.K., but if you bother any more decedents I’ll put more effort into it.

I will point out, though, that the U.S. version of the terms and conditions does state in section 12 that “you will be in default if you [die].” (It actually says “pass away,” but I don’t like euphemisms.) Of course, the difference between this and the letter above is that you’d be reading this while you’re still alive. At least in theory.

Police Chief and Police Dog May Have Same Degree