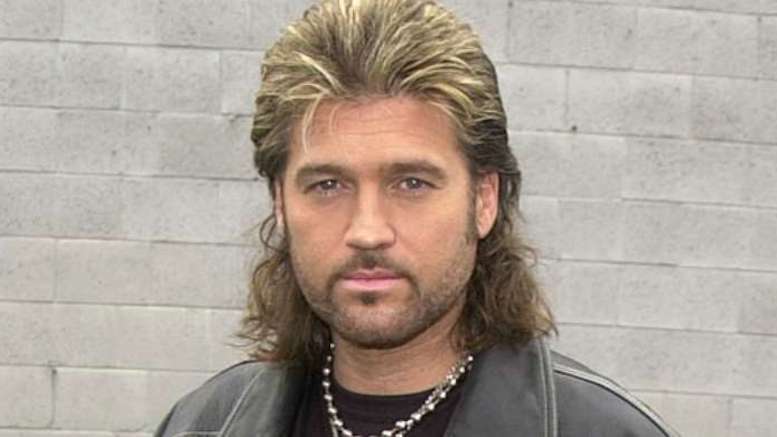 This kind of mullet, not the fish

This was first reported by Charlie at GeorgiaPol.com, and his headline was “GA Court of Appeals Establishes ‘Mullet Doctrine.'” Although mine says the court “rejects” it, I think both are correct under the circumstances.

Because the majority may have refused to apply the doctrine, but it established the term for all time.

On June 28, the Georgia Court of Appeals filed an opinion in Wiggins v. State, which presented a relatively straightforward Fourth Amendment question: whether officers were justified in entering a residential backyard and arresting someone they found there in possession of marijuana. Not whether they should have bothered to arrest someone they found there in possession of marijuana, the answer to that question being obvious, but whether they were legally justified in entering, in light of the Fourth Amendment’s prohibition of unreasonable searches and seizures.

Two Fayette County deputies responded to a report of a “loud party” at about 11 pm on the night in question. The caller apparently believed the home’s owners were out of town, so it was possible the partiers were trespassing. Upon arrival, the deputies observed numerous cars parked in the area and did indeed hear loud party-like noises coming from the backyard. They couldn’t see the backyard from the street, however, and had to walk “to the back of the driveway” in order to do that (thus “penetrating the curtilage,” something you know is important if you read this or are a huge Fourth Amendment nerd for some other reason). Upon doing so, they in fact observed a “large party occurring in the backyard.” Under the circumstances, the deputies testified, they suspected these partiers had broken into the house (or at least trespassed) while the homeowners were gone.

Based on these facts, the deputies announced their presence and told everybody to stay put—a “seizure” for Fourth Amendment purposes. Not wishing to be seized, everybody ran instead. The deputies pursued, as deputies do, and managed to detain at least one individual and a backpack. This backpack emitted a distinct aroma of marijuana, or so testified the specially trained nose of the deputy hoisting it. Turned out that not only was it correct, it was able to detect less than an ounce of marijuana from within said backpack. Wiggins, who for some reason admitted the backpack was his, was arrested and charged with possession.

He moved to suppress the evidence, arguing that the deputies had no basis for penetrating the curtilage (see above), and so all the evidence they found afterward had been illegally seized. The trial court disagreed, and he appealed.

The Court of Appeals reversed, in a split decision. The majority pointed out that “it is the general rule that a warrant is required to search the curtilage,” which as you may know by now includes a yard and backyard, among other things. The deputies didn’t have a warrant, so unless one of the exceptions applied, the search was illegal. The state argued “exigent circumstances,” which Georgia, at least, defines as requiring an “emergency situation” involving a “threat to life or property.” Without that showing, even probable cause to believe a crime is being committed isn’t enough. And since it’s not illegal to have a party in the backyard, the majority reasoned, the exception didn’t apply.

It also seems to have been important that the officers could have called the homeowners to see whether they were home or had authorized the party, but didn’t do that until after the incident. Turned out that the defendant, at least, had been invited to stay at the home. The officers didn’t know that at the time, but the opinion suggests the majority faulted them for not checking first. They also didn’t knock at the front door, just charged into the backyard. In any event, the Fourth Amendment violation meant the evidence had to be suppressed.

Well, wait a second, the dissenting judge wrote. The “touchstone” of the Fourth Amendment is reasonableness, he said, and these deputies acted reasonably. They were told the homeowners might be out of town. They heard the party going on in the backyard, and just followed the route any other partygoer might have followed. A trip to the front door “would have been a wasted act,” he said, because the homeowners weren’t there and the party was in the backyard.

He then dropped one of two significant footnotes in this case, stating that “I see no Constitutional or logical reason to require officers to conduct futile business in the front, when the party is clearly in the back.”

Obviously having read this in the draft opinion, the majority responded with its own footnote saying that, respectfully, it was not convinced. The case the dissent cited involved different facts, in particular a sign with an arrow that stated “Party in Back.” Here there was no sign, and they saw no illegal activity from the street. “Under these facts,” the majority concluded, “the dissent’s ‘mullet doctrine’ does not ‘get the officers into the party out back.'”

GeorgiaPol points out that almost certainly, the dissenting judge knew exactly what he was doing, even if he didn’t name it the “Mullet Doctrine,” the point being that it’s possible to disagree and yet be respectful and even humorous about it. The way things are now, it’s always nice to see a reminder of that.

Also to have another excuse to talk about mullets, because mullets are ridiculous.

Plaintiffs Allege They Were “Forced” to Buy Quarter Pounders