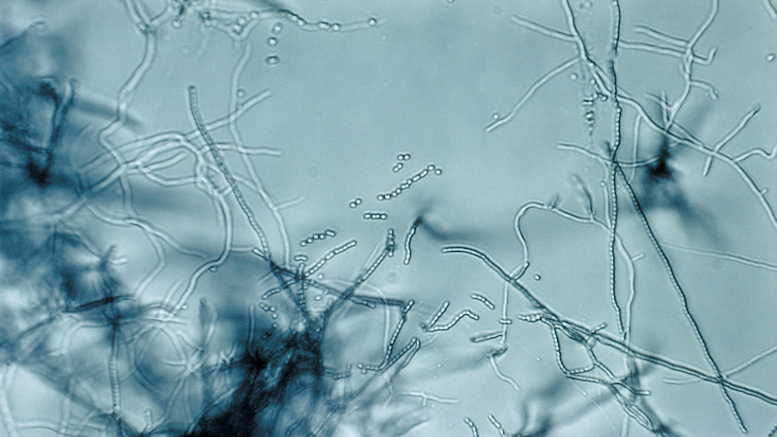 Last week, the New Jersey Senate voted unanimously to pass S1729, formally titled “An Act designating Streptomyces griseus as the New Jersey State Microbe, and supplementing chapter 9A of Title 52 of the Revised Statutes,” although don’t worry too much about that last part. The significance of the first part, of course, is that if the bill also passes in the Assembly, New Jersey will become only the second U.S. state to designate an official microbe.

As you know, or should know, Oregon was the first.

To address the question you are surely asking right now, why Streptomyces griseus and not, for example, Azotobacter vinelandii or Acidithiobacillus thiooxidans? Well, my friend, that is indeed a fair question. And those other two were also nominated, in fact. Although, to be honest, I suspect they were nominated only in order to make it appear that Streptomyces was the winner of a free and fair election, the kind of thing our old pal Robert Mugabe used to do. Because it does kind of look like the fix was in.

According to this report, the genesis of this official-state-thing bill was not, as is usually the case, the children of Ms./Mr. ______’s _____-grade class at ________ Elementary, but rather some professors of microbiology at Rutgers. They appear to have been mildly irked by the (child-sponsored) elevation of a macroanimal, the bog turtle (Glyptemys muhlenbergii), to official status in April. And so they lobbied state Sen. Samuel Thompson, one of two scientists in the legislature (he’s a chemist) to introduce legislation on behalf of Streptomyces.

Okay, so why that one? Well, turns out it’s awesome. It produces streptomycin, an antibiotic discovered in 1943. Unlike penicillin, the only other antibiotic available then, streptomycin will go after cholera and tuberculosis (among other things), and has saved literally millions of lives. (According to Wikipedia, the first person who took it with complete success was future senator Bob Dole.) Does it have a connection to New Jersey? Yes it does. Streptomycin was discovered at Rutgers. In fact, according to Rutgers it was “discovered in New Jersey soil and … isolated from the gullet of a healthy New Jersey chicken….” So there you have it.

What about those other two? Well, they were also discovered in New Jersey. Azotobacter was discovered in Vineland, New Jersey (hence its second name). It’s neat because it is good at converting atmospheric nitrogen to ammonia, and if you don’t think that’s neat, let’s see you do it. Then there’s Acidithiobacillus. That likes high temperatures, feeds on sulfur, produces sulfuric acid, and “is  commonly found in soil, sewer pipes, and cave biofilms called snottites,” the latter (and this is true) being “a microbial mat of single-celled extremophilic bacteria which hang from the walls and ceilings of caves and are similar to small stalactites, but have the consistency of nasal mucus.”

You see why I suspect that this last one, at least, was not nominated because it was felt to be a winning candidate.

The voting on the school’s website, at least, shows the expected result. Counting my vote, the outcome was 71.8% for Streptomyces, 23.9% for Azotobacter, and a surprisingly high 4.3% for the sewer-dwelling extremophile candidate, insert Donald Trump joke here. It appears that a series of meetings also took place amongst those interested in the issue, so it might be somewhat less rigged than I’m thinking. So, while it seems likely that not all possible candidates were vetted, the final choice was certainly a good one.

The New Jersey Senate thinks so, at least: the vote was unanimous. The measure is now before the Assembly—or more specifically, the Committee for Tourism, Gaming, and the Arts, which I guess fits as well as any. Will the Assembly agree that the heroic Streptomyces griseus should join the likes of the bog turtle, eastern goldfinch, and striped bass as official symbols of New Jersey?

Hm? Oh, I have no idea. That was just a rhetorical question. Your guess is as good as mine, man.