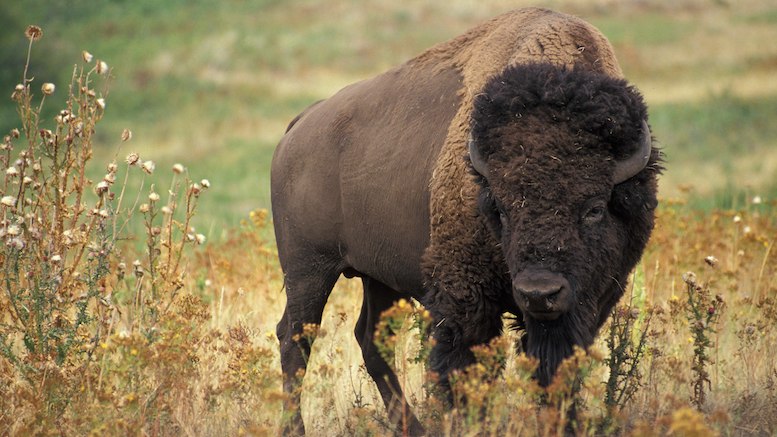 Has put up with just about enough from you already

The man seen last week taunting a bison in Yellowstone National Park has been arrested, rangers said in this August 3 press release. The 55-year-old was apprehended in Glacier National Park, however, not Yellowstone, apparently having been engaged in an effort to get stupid drunk in all 60 U.S. national parks.

Trying to reconstruct the taunter’s movements based on this New York Times report was a little frustrating,  because the report doesn’t put all the events in chronological order. Most, but not all. I also see this surprisingly often in legal writing, and I think the reason it surprises me is that, with approximately no exceptions, chronological order is the order in which things happen.

As you know, I try to be open-minded, but there really is no other option on this one. As far as the order of things happening is concerned, it’s chronological. If you see the sentence “things happen in _________ order,” the word that goes there is “chronological.” Or, if someone asks you, “hey, what order do things happen in?” you should answer, “chronological order,” but do it with a bullhorn from at least 100 yards away, because, man, that is a weird question to ask somebody. But the answer is clear.

So unless you’re writing about quantum physics, in which case feel free to keep making it up as you go along, things should be in chronological order if you don’t want to confuse people. This is my point.

Luckily, the press release does this, so good work, rangers. It tells us that this guy’s stupid odyssey began on July 28, when he was arrested in Grand Teton National Park for being drunk and disorderly. Details of that incident are not entirely clear, but according to this report he was “released on $500 bond that required him to follow the law and avoid alcohol.” I’m not sure why you’d have a bond condition that requires somebody to “follow the law,” because aren’t you supposed to do that to begin with? Anyway, he didn’t.

Nor did he avoid alcohol. After rangers released him back into the wild in Teton County, the man traveled to Yellowstone. He encountered rangers there on July 31 when the car in which he was riding (not driving, thankfully) was stopped for a traffic violation. He “appeared to be intoxicated and argumentative,” but was only cited for not wearing a seat belt.

According to the press release, “[i]t is believed that after that traffic stop, [he] encountered the bison.”

As you have seen if you watched the video (linked above), said bison was wandering around a bunch of cars stopped on a park road when the man encountered it, having obviously disembarked for that express purpose. Standing well within the recommended 25-yard (23-meter) minimum distance, the man repeatedly gestured and pointed at the beast, prompting it to briefly charge at him twice. Luckily for him, it did not complete either charge.

Other visitors reported the incident, which led to a wildlife-harassment citation later that day, once rangers somehow located him. At that point, they had not seen the video, so again he was just tagged and released. But by Thursday, August 2, the video had surfaced on Facebook, and rangers realized this was the dude from Grand Teton. A judge then revoked his bond and issued an arrest warrant.

The man had told rangers that he was planning to travel to Glacier National Park next, and so they, understanding that things happen in chronological order, decided to look for him there. But they would have found him anyway, because when rangers responded to a report of a “disturbance” at the Many Glacier Hotel, one of the participants in that disturbance turned out to be the alleged bison-taunter.

Park regulations prohibit “[t]he feeding, touching, teasing, frightening or intentional disturbing of wildlife nesting, breeding or other activities,” which is clear enough to convey that you should leave animals the &$*# alone, whatever they’re doing. It doesn’t specifically use the word “taunting,” so maybe my headline isn’t technically accurate, but I like it better than “Bison-Teaser,” so I’m keeping it. “Bison-Frightener” also seems funny, but that bison didn’t look scared to me. He looked like he was more than willing to trample the dummy, but just didn’t want to have to fill out all the paperwork.

Nor could I find the word “taunt” anywhere in the U.S. Code, somewhat surprisingly. Where legally protected animals are concerned, the term “harass” is more common, but again there are many equivalents describing this thing that you should not do. See, e.g., “Costumed Bear Harasser Wanted by Authorities, Evolution” (Aug. 17, 2015); “Defendant Pleads Guilty to Kicking an Owl While Paragliding” (Apr. 20, 2015); “Man’s Inhumanity to Manatees” (May 30, 2013); “San Francisco Jury Struggles With Whether Bear Was ‘Disturbed,'” (Nov. 13, 2009).

No, citations go in reverse chronological order. I didn’t make that rule, either.

How Many Axe-Throwing Coaches Does It Take to Have a Class Action?