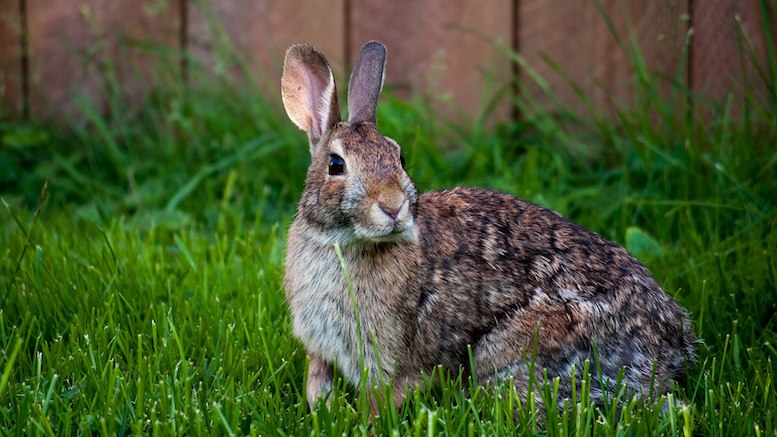 It has come to my attention that among the charges against U.S. Rep. Duncan D. Hunter and his wife, who were recently indicted for misusing campaign funds, is the allegation that they spent some of those funds to buy a plane ticket for their pet rabbit.

I apologize for not having noticed this until now.

Hunter has been under investigation by one or more entities since at least 2016 for allegedly using campaign funds for “personal use,” something that is in fact illegal. Generally speaking, “personal use” is using funds to pay any expense that the person would have irrespective of his or her status or responsibilities as a federal officeholder. These expenses don’t necessarily have to be campaign-related, but they do have to be office-related. And, of course, there will be any number of situations where the rules are not entirely clear.

Buying a plane ticket for a pet rabbit is not one of those situations.

Most of the allegations in last week’s indictment were not especially new, as you can see from this article the San Diego Union-Tribune published on January 3, 2017. The rabbit flight of course featured prominently, but many of the other charges were mentioned there, too, such as spending on video games, resort stays, and jewelry. Hunter was under investigation then by the House Office of Congressional Ethics, although it was probably just a coincidence that he supported the effort to gut that office, an effort that you may recall was dropped because of some bad publicity. But at the time, Hunter’s spokesguy defended the proposed changes, and said the not-yet-released report on Hunter’s spending would contain “findings or implications [that] are significantly misrepresented or even exaggerated,” specifically mentioning the rabbit allegation:

“(The office) has in their report $600 in campaign expenditures for in cabin rabbit transport fees,” Kasper said. “Since travel is often done on (airline) miles – which is entirely permissible – the credit card connected to the account was charged several times even when his children were flying.”

“This was nothing more than an oversight. In fact, it’s such an obvious example of a mistake being made but (the office) wants to view it through a lens of possible intent. The same goes for many other expenditures.”

As far as I can tell, the first part of this explanation makes no sense. (Not the part about the in-cabin rabbit-transport fees, the other part.) The second does make sense, but at least according to the FBI and the DOJ, it seems unlikely to be true.

Because if this was an oversight, it was one of very, very many, according to the 47-page indictment, which lists a couple hundred such oversights. According to the indictment, the Hunters had almost no money in their personal accounts from 2009 through 2016—or basically the entire time he’s been serving in Congress. Well, most of us know what that’s like, but most of us have to respond by (1) spending less or (2) trying to earn more, or some combination of the two. The Hunters did not. They allegedly “spent substantially more than they earned” during that time, in fact, and you can guess where that money came from.

Nor were they just spending on necessities, which would still have been illegal but might make them a little more sympathetic. They took multiple vacations (Hawaii and Italy, among others); bought gifts for friends and relatives; played golf; and bought personal stuff like headphones, clothes (including one (1) pair Under Armor shorts), and iPhone accessories; all paid for with campaign funds. They also allegedly lied repeatedly to the campaign treasurer about this, once claiming that personal stuff bought at a golf course was actually golf “balls for wounded warriors.”

Okay, but what about this rabbit? Details are surprisingly hard to come by. The indictment says that “[o]n or about July 9, 2014, the HUNTERS spent $250 in Campaign funds at United airlines to fly a family pet to Washington, D.C., for a family vacation.” Also, the wire-fraud count lists, on that same date, a debit card payment of $125 “related to airfare for the HUNTERS’ pet,” again without identifying it either by name or species. These amounts do tally with United’s in-cabin-pet policy, which allows “domesticated cats, dogs, rabbits and household birds (excluding cockatoos) to travel accompanied in the aircraft” for a $125 service charge each way.

It looks like everyone has been assuming, probably correctly, that the pet mentioned in the indictment was the same rabbit the spokesguy mentioned in 2017. But the number he quoted for “in-cabin rabbit-transport fees” was $600, so this doesn’t quite match up. Was this a different rabbit, a different trip for the same rabbit, or is there some other explanation entirely? I urge anyone with information on this matter to come forward.