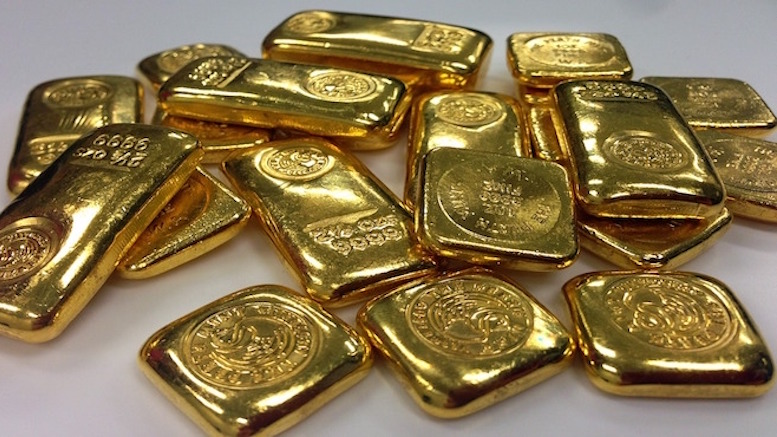 Here’s an update on a story I have followed with an admittedly childish glee: the story of the Canadian Mint employee who repeatedly stole gold by inserting it into an internal smuggling compartment and just walking carefully out the front door. And as my previous headlines on the matter show, I was certainly not above childishly noting that the case had been assigned to Judge Peter Doody. See “Rectal Smuggler Won’t Know Doody’s Position Until November” (Sept. 21, 2016); “Doody Convicts Rectal Smuggler” (Dec. 15, 2016).

As you can see, I have matured  not at all since then.

The update involves Leston Lawrence’s argument on appeal. Following the events above, in February 2017 the judge sentenced Lawrence to 30 months in prison, and ordered him to pay restitution and a fine. That presented the issue of how much he would have to pay.

The Mint got back five of the gold “pucks” he stole, which he didn’t have time to sell before he was caught. The 17 he sold were worth $165,451 (all amounts Canadian), but he was only getting 70 to 80 percent of the market rate for gold at the time. (Apparently the gold-buying company at the mall was not paying top dollar, just FYI.) So Leston actually received $130,206. He argued that should be the amount he should have to pay back as restitution.

But the Mint argued the amount should be not what he received for the pucks at the time, but rather what it would cost the Mint to replace them today (technically, at the time of sentencing). Because the market value of gold had gone up, that would mean Lawrence owed a little over $190,000. The judge agreed with that. “In most cases,” he wrote, “a thief will have to sell stolen property for less than it would fetch on the open market. That does not diminish the loss to the victim.”

The judge also imposed a fine of $190,000, apparently deciding it should be equal to the amount of restitution. Lawrence would have to pay that fine within three years of his release, or he’d go back to jail for another 30 months.

Lawrence appealed his conviction, but later limited his appeal to the amount of restitution—which was probably wise, given the lack of any obvious alternative explanations for why he had 22 gold pucks from the Canadian Mint. On the restitution amount, the Court of Appeal for Ontario agreed with the prosecution: he had to pay back $190k. But it did cut him some slack on the fine, which it said was supposed to be set at a level that would “deprive an offender of the proceeds of crime.” That isn’t necessarily the same thing as the value of the property, it held. The “proceeds” of this crime was the amount he got when selling the pucks, said the court, so it reduced the fine to $130,206.

It refused to give him more time to pay it, though, or to reduce the 30-month conditional sentence he would get if he didn’t. He hasn’t paid any restitution to date, the court noted, though he wouldn’t seem to have much of anything else to do right now that would keep him from arranging it. It seems doubtful he has the money to do this, though, because he apparently said he would need to sell his house. “The appellant admitted,” the court wrote, “that he has yet to sell his house because he prefers to wait for it to increase in value,” but he also failed to sell this argument to the court.

He can still wait for the market to go up, though. Assuming Lawrence began his sentence in February 2017, of course, he would not be released until August 2019. He would then have three years to come up with the $130k. But my guess is that unless real estate in Ottawa goes up a lot between now and 2022, this is one rectal smuggler who will be returning to jail for a while.