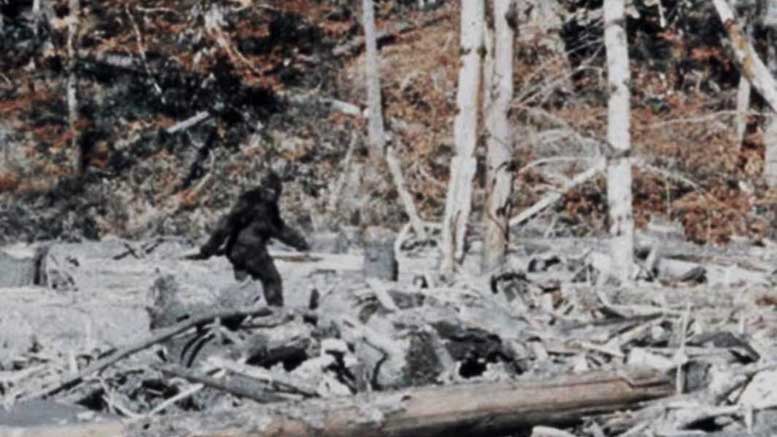 He will receive none of these.

As you may recall, the plaintiff was filmmaker Todd Standing, and the defendant was British Columbia. See “Province’s Lawyers Claim Bigfoot Case ‘Lacks an Air of Reality‘” (Aug. 22, 2018). Standing—whose only film to date is, coincidentally, a documentary about Bigfoot—says he’s upset that BC has been derelict in its duty to recognize and protect this remarkably elusive species. He was connected with a similar lawsuit in California recently, though someone else was the plaintiff there. For whatever reason, she dismissed the case voluntarily before the judge could do it for her. In this case, Standing was the plaintiff, and he actually showed up for the hearing on the motion to dismiss. That did not seem to go well for him, but the court did not rule immediately. After keeping everyone in suspense for a couple of weeks, though, Justice Kenneth Ball dismissed the case on August 31.

And yes, one of the reasons was that Standing does not have standing. I know that will please some of you.

The court noted that in Canada, a court should grant a motion to dismiss “if it is plain and obvious, assuming the facts pleaded to be true, that the pleading discloses no reasonable cause of action.” The U.S. standard is basically the same. And, in fact, courts sometimes assume some fairly nutty things to be true for purposes of such motions. But they don’t have to assume the truth of allegations that are based on speculation, especially if they are, as the court put it here, inherently “incapable of proof.” See, e.g., “God’s Class Action Dismissed” (May 7, 2015); see also “Let a Restraining Order Issue Against the Lord” (May 5, 2016) (discussing Israeli court’s application of a similar standard); but see “As a Matter of Law, the House is Haunted” (Sept. 25, 2008) (allowing a haunted-house-related lawsuit to go forward).

Bigfoot is not really in that category, though. It isn’t that its existence couldn’t be proven or disproven, like with those alleged psychic abilities that, oddly enough, do not work correctly in the presence of skeptics or scientific equipment. It’s just that its existence hasn’t been proven. Standing’s problem was more that courts are not really equipped to do science, and in any event they only have jurisdiction to resolve disputes between the parties, not to declare scientific “facts” that are binding on others. And as Standing’s lawyer (yes, he had one) had to concede, he could cite no precedent for a declaration like the one Standing wanted.

Then there was the issue of Standing’s standing. You can’t just go to court and ask a judge to answer some question that’s been bugging you, such as, for example, in the movie Annihilation, which I watched Saturday night, why don’t they just take a boat to the goddamn lighthouse instead of walking through the swamp for a week? It is simply not a judge’s job to answer such questions, important though they may be. The judge’s job is to determine whether the plaintiff has a legal right that has been infringed. Here, Standing argued that British Columbia’s dereliction of sasquatch duty was violating his civil rights, and these arguments were dumb enough that we should consider each separately.

First, Standing argued that the province’s failure to give Bigfoot protected status violated his right to free expression (Standing’s, not Bigfoot’s), because he is “unable to fully impart information and ideas as to specific locations where sasquatch sightings occur” for fear that someone will go kill one. The court found, however, that keeping this secret would be Standing’s decision, not something mandated by the government.

Second, Standing argued that BC’s inaction on the matter was somehow subjecting him to “cruel and unusual punishment,” though it isn’t clear from the opinion what he was talking about. In any event, the court found that since BC wasn’t doing anything to Standing at all, it certainly wasn’t “punishing” him, much less in a cruel or unusual manner.

Third, Standing raised an argument also made in the California case, namely that ignoring his Bigfoot pleas was discrimination on the basis of “political or other belief.” Again, the court held this failed because Standing hadn’t alleged that BC was doing anything to him, much less discriminating in some way between “those who believe in the sasquatch [and] those who do not.”

The court also noted, however, that this particular belief is not the kind of thing a constitution protects. Generally, the protection is against discrimination based on “immutable characteristics” like race, disability, or religion, not discrimination based on (for example) a belief that a significant population of giant humanoids has been successfully sneaking around the Pacific Northwest for centuries while leaving almost no concrete evidence behind:

Standing is free to believe that, of course, but the court held he does not have standing to try to force British Columbia or anyone else to recognize it as a scientific fact.

Speaking of facts, some of those might be contained in Standing’s movie, Discovering Bigfoot, but you might also consider a study I found entitled “A Critical Examination of the Todd Standing Video Subjects,” in which the authors analyze still images from Standing’s work and conclude that the “animals” depicted are actually just props. I also found this brief review of Discovering Bigfoot in the Portland Mercury. The writer says she’s agnostic about Bigfoot and usually enjoys the various sasquatch-related programs you can find on cable TV. “But,” she concludes, “this documentary sucks.”

That review may be cruel, but it is not unusual.

Man Worried That One of Other Personalities May Have Passed Checks