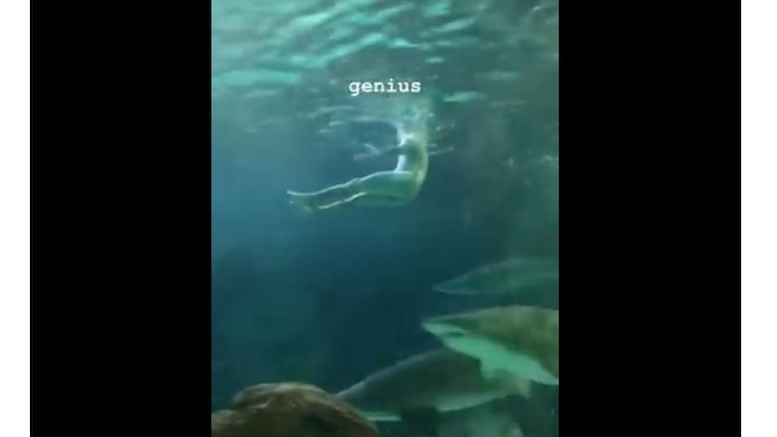 So this report caused me to search the site for the term “crime spree,” although technically I doubt two crimes could qualify as a “spree.” There is no settled definition of “crime spree,” of course, but it just seems like at least three should be required.

This guy here committed at least 33 in the course of his “Robin-Hood-style” spree, though he was like Robin Hood only in the sense that he took from the rich. But that is in fact a “spree.” Also, at least one of the crimes comprising the alleged spree must have been successful, or at least that was my feeling in the case of the man who tried to commit nine separate crimes in the course of a single morning, failing badly each time. I don’t think that’s a “spree.” It’s just embarrassing. Among the undisputed sprees, one of the oddest was that of Marshall Wolbers, a.k.a. “the Spa Bandit,” who got off lightly indeed for a months-long spree in which he would order expensive spa services and then run away without paying.

This one is also odd, and they can probably come up with at least three things to charge him with, so let’s just do it.

A manhunt is said to be underway for a man who took off his clothes Friday night and jumped into the shark tank at Ripley’s Aquarium in Toronto, according to the National Post. The aquarium was having a late-night event featuring jazz and a cash bar, but this person had no interest in jazz. Instead, security video shows that he “pretty much headed straight for the ‘Dangerous Lagoon,’ which is a recreation of a [dangerous] tropical lagoon with rockery [turns out that’s a word], foliage and nearly three million litres of water.”

Videos on social media (two available on the Post‘s site) show the man calmly swimming about with sharks nearby, and not being eaten. After a few minutes of this, he exited the tank, and a woman handed him his clothes. He was then informed that police had been called, and “darted” out of the building. “We have a policy about a swimmer,” said the aquarium’s manager—that policy presumably being that a swimmer should stay the *&$% out of the shark tank—but this was the first time in the aquarium’s five-year history that anybody had done this, he said.

Could the man have been eaten? Well, probably not eaten, but certainly bitten. The tank wasn’t full of great white sharks or anything like that, but rather a mix of sand tiger, sand bar, and nurse sharks. Sand tigers are scary looking, at least, but according to the International Shark Attack File none of these three species have definitively been linked to any fatalities. (Not that it’s always easy to determine the species involved, as people tend not to take very good notes during a shark attack.) They do account for 39 of the 668 cases of unprovoked attacks, though, so it does happen, and the ISAF’s table doesn’t even include cases where a naked idiot jumped into a shark tank.

From the ISAF’s “Advice to Swimmers” page: “Do not enter the water if sharks are known to be present,” which is pretty good advice to swimmers, if you ask me. See also “Shark-Attack Lawsuit Raises Interesting Questions, Like What Were You Doing in the Ocean to Begin With,” Lowering the Bar (Aug. 10, 2016).

The Dangerous Lagoon stunt was just one incident, though. What arguably made this a mini-spree event was the report that the same man was also being sought in connection with an assault about two hours earlier outside Medieval Times. By 9 pm Monday, “police had linked the swim to the unsolved assault and issued a clear photograph of the subject, apparently taken at the Medieval Times dinner show.” Few details of that incident were available, unfortunately, except that the suspect had apparently been asked to leave the show and then lingered nearby until about 8 pm, when he committed the assault. This was about two hours before his naked plunge into the shark tank, so it was an eventful evening for him. Eventful, and stupid.

UPDATE: On Tuesday evening, sources reported that the suspected Medieval Times assailant and naked shark-tank jumper had been arrested in a traffic stop near Thunder Bay. He is facing charges for assault, “mischief,” and probably also indecent exposure, although I’m just throwing that last one in there so I can continue to think of this as a “spree.”

Government to Argue That Detention for Carrying Arabic Flashcards Was Justified

Randy Quaid Caught Trying to Sneak Back Into U.S.