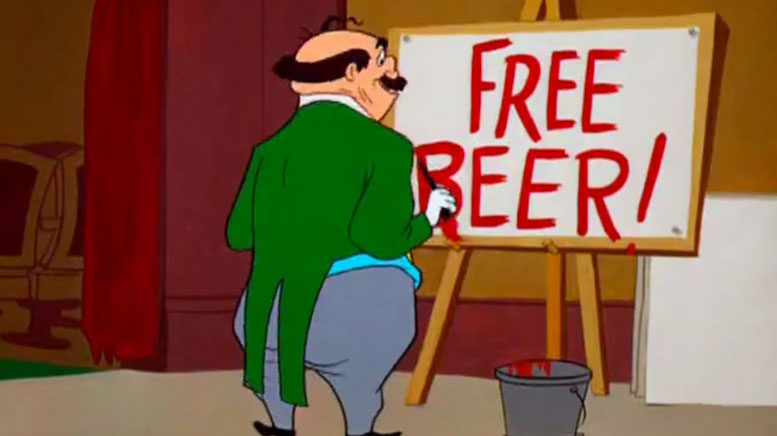 According to the Panama City (Florida) News Herald, a man recently sued the “Gulf Coast Jam” music festival and its security contractor for injuries he suffered in a fall in 2014. The complaint reportedly alleges that the defendants “should have known that the conditions they presented to attendees in the VIP area — unlimited free alcohol, insufficient lighting and an ill-constructed platform — could result in an injury.”

For some reason the report does not provide the complaint itself, but based on said report I still foresee difficulties for the plaintiff here.

According to the report, the VIP area contained a “multi-level elevated platform” with stairs between each level. The platforms were surrounded by railings but the stairs allegedly weren’t. The plaintiff alleges that a security guard told him to sit down on one of the stairs—why the guard might have done that is not explained—and that when the plaintiff tried to do this, he “lost his balance and fell through the opening and [in?] the handrail [sic] causing him to suffer severe and permanent injuries resulting in loss.” So there wasn’t a handrail, or if there was, it had an opening in it, or something like that. The lawsuit also does not explain what injuries the plaintiff suffered, exactly.

So, maybe bad lighting and/or platform design were to blame. But if so, the emphasis on “unlimited free alcohol” is odd—especially since the plaintiff doesn’t actually allege he drank any of it:

[Plaintiff’s] lawsuit does not explicitly admit that he consumed the “free alcohol” but states that Gulf Coast Jam furnished unlimited quantities for festival-goers with VIP credentials, including himself. By doing that, “it was reasonably foreseeable that alcohol would be consumed by some to the point where normal faculties might be impaired,” the lawsuit states.

Emphasis added. That certainly is foreseeable, especially since a desire to impair normal faculties is more or less the reason people drink alcohol to begin with. But it’s hardly relevant unless the plaintiff alleges he drank it himself, which he does not. So that is a bit of a puzzler.

But then it looks like it’s not relevant anyway in Florida, where the law says this:

Fla. Stat. § 768.125. Some states have what are called “dram shop” laws that make alcohol sellers or furnishers liable for injuries caused by someone they “over-served.” But it appears Florida does not, except in cases where someone knowingly served an alcoholic or a minor. But since the plaintiff apparently doesn’t allege he is either of those things, the defendants seem to be on pretty solid ground here, at least as far as the “unlimited free alcohol” claim is concerned.

Though alcohol is frequently involved in events mentioned here, it looks like I have only mentioned “dram shop” laws once before, in an item on an even dumber case. See “Your Drinks Made Me Beat My Wife, Says Plaintiff” (Dec. 28, 2008). That case involved a non-gentleman (coincidentally, also from Florida) who hit his wife not long after they got off a plane in San Francisco, something he later blamed on United Airlines’ insistence on serving him drinks he asked for during a flight from Japan. I was pretty sure at the time that the case would go nowhere, and having just followed up, it turns out I was right. In fact, it turns out that the plaintiff had voluntarily dismissed the case five days before I wrote about it, so I was even more right than I knew.