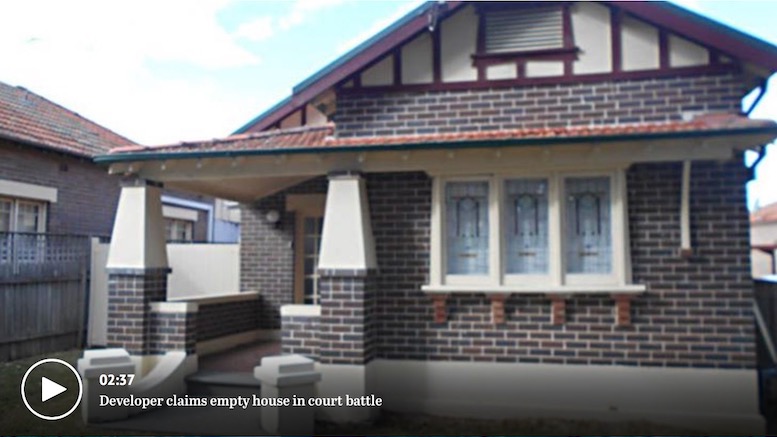 Let’s say you find something that doesn’t belong to you. You know who it does belong to, but you don’t think they take very good care of it. You think you’ll do a better job, and so you just take it. You fix it up, and then you keep it.

Now, that may seem wrong. But it depends.

Let’s say the thing is a car. You walk by this car on the street, and it’s a real classic, so you hate to see that the owner isn’t taking care of it. It’s rusty and a couple of windows are broken, and so forth. A raccoon lives in it. It’s parked in front of somebody’s house, and it’s been there for years, so you’re pretty sure who owns it. You know he doesn’t take care of it. So you have it towed to your house, you fix it up, and then you drive it around town for months or years. Eventually, the real owner sees you and realizes that’s his car.

In this scenario, you are a car thief.

Now let’s say the thing is a house. You walk by this house all the time, and it’s a nice house, so you hate to see that the owner isn’t taking care of it. It’s overgrown and a couple of windows are broken, and so forth. A raccoon lives in it. You’re pretty sure who owns the house, and you know he doesn’t take care of it. He’s certainly not living in it, hence the raccoon, so you decide you should live there instead. So you do. You get it fixed up, and you move in, or maybe you just rent it out to somebody, and you do this for years. Eventually, the real owner realizes there’s somebody living in his house.

In this scenario, you are a homeowner. Maybe.

The difference is a legal doctrine called “adverse possession,” which in some circumstances allows a person to claim legal ownership of property by taking it and keeping it for a long time. This is only indirectly related to the original kind of “adverse possession,” which involved killing someone (the adversity) and taking all his stuff (the possession). That, too, could apply to land, like when the Romans decided their neighbors weren’t really taking very good care of their property (like Gaul). But gradually, the idea emerged that there might be a place for a kind of adverse possession that didn’t involve stabbing.

The general idea is that it’s good for land to be “productive,” so if the legal owner isn’t using it and someone else is, if that goes on for long enough then maybe that new person should be the legal owner instead. The rules vary, but in California, for example, the claimant must have occupied and openly claimed the property as his own, “under such circumstances as to constitute reasonable notice to the owner,” for at least five years. Aguayo v. Amaro, 213 Cal. App. 4th 1102, 1111 (2013). If by the end of that time the owner hasn’t shown up to challenge it, then a court can award the property to the claimant (or “squatter,” depending on how you feel about the person).

Adverse possession is a thing in Australia, too, as the heirs of Henry Thompson Downie learned recently (BBC, Sydney Morning Herald). About two weeks ago, a court in New South Wales ruled that Mr. Downie’s former home belonged not to them, but to a guy who found it empty in 1998 and basically … just took it.

According to the court’s ruling, Downie’s heirs said their father acquired the property in 1927, and that the family lived there until shortly before the war, when they had to move because the house was “full of white ants.” They lived in various other houses after that, but said “the family never returned to 6 Malleny Street and neither did the family ever talk about it.” Instead, Mr. Downie seems to have decided to rent the house (presumably now ant-free) to a tenant, who was living there when Downie died in 1947. And the tenant kept living there, apparently still paying the same “small amount of rent” to a real-estate agent, for the next 51 years. She died in April 1998.

Later that year, along comes Bill Gertos. He was in the area to visit some clients, he said, and noticed the dilapidated and apparently empty house. Having learned about adverse possession by chance years before, he thought this might be an opportunity to try it out. Gertos claimed that he hired a solicitor to try to find out who owned the place, and said “inquiries were made but did not yield any useful information.” (The solicitor is now dead and his firm could find no records of this engagement.) If Gertos was willing to take over the property, pay the bills, and “look after it as it if [were] his own for at least 12 years,” the solicitor told him, it could be his.

Gertos commenced to do this. He spent money restoring the place, paid for repairs and taxes and so forth, and by at least 2003 he was collecting rent from tenants. And again, this was for a house that he did not own. But by 2017, Gertos decided enough time had gone by that he could give this adverse-possession thing a shot, and he applied to be named the owner.

The opinion doesn’t make clear how Downie’s heirs found out about this, having obviously paid little if any attention to the place for the previous 70 years. But they did find out, and they sued. Too late, the Court found:

Mr Gertos’ possession of the land since about late 1998 can be regarded as open, not secret; peaceful, not by force; and adverse, not by consent of the true owner. It has continued without interruption to the present day. In my opinion it is possession by a person in whose favour the limitation period under the Act can run.

In other words, the house and property are now his. And since they are apparently now worth well over $1 million, looks like this was a pretty successful squat.