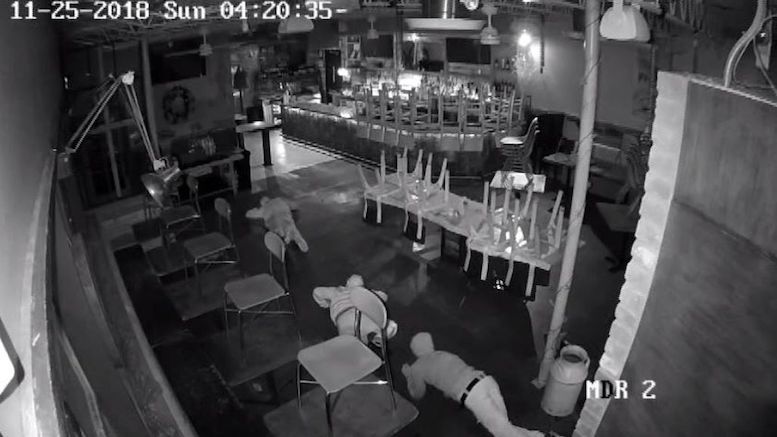 They’re almost certainly idiots, of course, because if they were any kind of geniuses they wouldn’t be robbing pizza places for a few hundred bucks a pop. And whatever else they are, they’re definitely crooks. But I don’t want to totally rule out the possibility that these guys knew exactly where the cameras were in the place they were robbing, and just decided to do a ninja crawl across the floor because they thought it’d be funny if it made the news.

It’ll be funnier when they get caught, either way.

The footage below is from security cameras in Piggy’s Kitchen and Bar, a Houston restaurant. Police said that on November 25, the three suspects smashed a front window to get inside, and then this happened (sorry about the brief ad, it isn’t mine):

They’re being called the “Inchworm Bandits” for this unique modus operandi.

It is sufficiently unique that it may tie them to another crime, carried out last week at a different pizza place. Although that’s apparently the place where they rolled across the floor (similarly in full view of the restaurant’s security cameras) rather than inching, so I’m not sure that qualifies as the same MO or not. I imagine it’s probably close enough to be admissible, though.