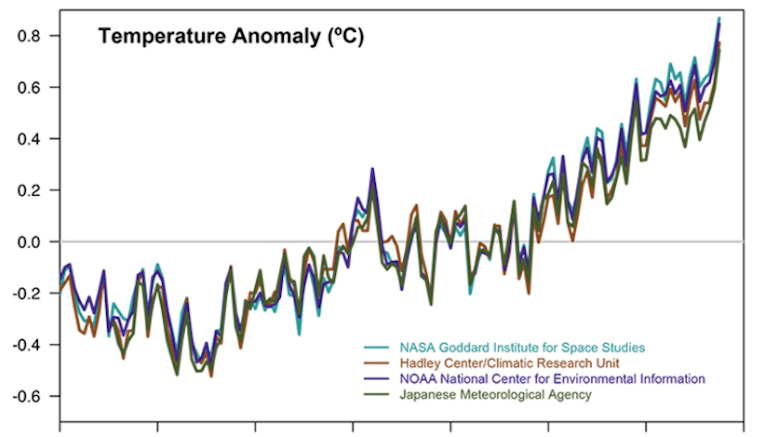 Among the things I was making fun of back in 2011 was Montana HB 549, a dopey effort by Rep. Joe Read to address this whole “global warming” nonsense by passing a law saying it doesn’t exist, and if it does, it’s good for Montana. The bill didn’t actually do anything, it just declared that the “legislature finds” certain things to be true, such as—well, here’s what it said:

(a) global warming is beneficial to the welfare and business climate of Montana;

(b) reasonable amounts of carbon dioxide released into the atmosphere have no verifiable impacts on the environment; and

(c) global warming is a natural occurrence and human activity has not accelerated it.

For the purposes of this section, “global warming” relates to an increase in the average temperature of the earth’s surface. It does not include a one-time, catastrophic release of carbon dioxide.

As it turned out, the state legislature did not in fact find those things to be true, because the bill died in committee, either due to a one-time, catastrophic release of carbon dioxide or because it was dumb. Of course, had the bill passed, it would have had exactly no effect on anything. So, a complete waste of time all around.

Which has not stopped Joe Read from doing it again. And again.

“CO2 has got a bad rap,” Read said in a hearing last week on HB 418, a bill that like HB 549 would declare that, at least in Montana, “reasonable amounts of carbon dioxide released into the atmosphere have no verifiable impacts on the environment,” and that human activity has got nothin’ to do with it. It would go further, though, by “finding” that these findings “should be offered” when “providing educational and informational materials on climate change.” Again, this doesn’t compel anybody to do anything, it just declares that Joe Read and anybody who agrees with him think certain things about global warming. A further section, however, would require state officials to report on how this subject is being taught in Montana public schools, presumably so that could be criticized by Joe Read in some future bill.

That’s not his only bill on this important matter, though. Read also introduced HB 415, which if passed would prevent any Montana state agency from implementing or enforcing “any federal regulation, rule, or policy implementing a federal greenhouse gas regulatory program.” In fact, no state official could even participate in any group assigned to recommend provisions for such a program. I guess Montana wouldn’t have to participate if it didn’t want to, though I think it’d have a First Amendment problem with that last bit. But I did enjoy the “whereas” clauses in the bill, in which Read makes a heroic effort to establish that the Founding Fathers intended to preserve the ability of the States to regulate their own greenhouse gas emissions: “WHEREAS, the regulation of intrastate commerce, as it pertains to intrastate greenhouse gas emissions, is excluded from the meaning and understanding of Article I, section 8, of the Constitution of the United States,” and so forth.

I forget which of the Federalist Papers covered that, but I’m sure it was in there somewhere.

It turns out that Read only recently returned to the Montana Legislature after several years in private life. According to Ballotpedia, he was first elected in 2010 (for the 2011 session), after defeating the Democratic challenger, Frosty Calf Boss Ribs, by 72 votes (1,180 to 1,108). Despite a stellar legislative record (he introduced four bills, two of them on climate change, and all of which died in committee), Read was defeated by Frosty Calf Boss Ribs in a 2012 rematch. He then lost to a different Democrat in 2014, before returning in 2018 in order, apparently, to resume his crusade against reality.

Currently, both of Read’s pro-carbon bills have been tabled in committee, where they will likely remain.

After “Evaluation of the Past,” City Says Stalin Will No Longer Be Honorary Citizen