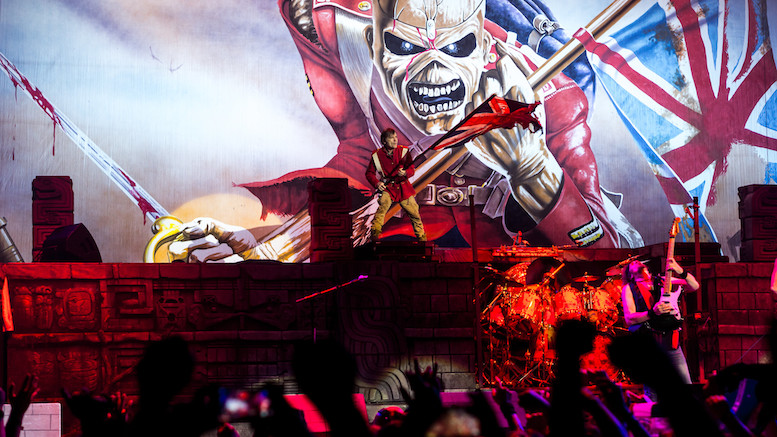 It seems like only yesterday—but was in fact three weeks ago—that we were discussing how the maker of Guns ‘N’ Rosé beer had been welcomed to the jungle, and today it’s the maker of a video game called “Ion Maiden” that is being asked to <consults Wikipedia>… uh, bring its daughter to the slaughter? Yes. Let’s go with that.

As you will have guessed, the plaintiff in this case is Iron Maiden, or at least its corporate doppelganger, Iron Maiden Holdings Limited. As you know, but as these kinds of complaints always insist on telling us in great detail, Iron Maiden is a musical group that has been quite successful. Indeed, it is said to be “one of the most commercially and musically successful bands of all time,” having recorded “more than 15” studio albums and sold over 90 million records since it was formed in 1975. It has many gold and platinum records, has been nominated for two Grammies, and according to paragraph 10, “Kerrang Magazine named Iron Maiden as the most important band of the last 25 years.”

That I personally could not come up with one of its song titles from memory is an indictment of me and/or my memory, not Iron Maiden Holdings Limited and/or its discography.

In any event, Iron Maiden’s commercial successes have included not just music but merchandise. Indeed, “[s]aid merchandise includes, but is not limited to, computer games, clothing, beer, mugs, posters, watches, jewelry, belt buckles, key rings, goblets, flags, banners, coasters, patches, decals, playing cards, magnets, shoelaces, glow sticks, drum sticks, wristbands, skateboards and candle holders,” which have collectively generated over $6 million in just the last 12 months, according to the complaint. For some reason I did not expect to see “goblets” on that list, but the merchandise relevant here is (not coincidentally) the first one listed: computer games.

According to the complaint, Iron Maiden (or “IRON MAIDEN,” as it sometimes appears, seemingly at random) has released several computer games, including one called “Ed Hunter” (after its mascot, “Eddie”) as well as “Flight 666,” “Final Frontier,” and its most successful, “Legacy of the Beast.” Its songs have also been featured in other video games including “Carmageddon II,” “Delta Force 2,” and somewhat more surprisingly, “Angry Birds Evolution.”

It also, of course, owns the IRON MAIDEN trademark, “duly and lawfully registered” for various uses since at least 1980, the complaint says. This is very possibly a problem for the defendant, 3D Realms Entertainment, which is selling a video game called “ION MAIDEN.” Especially given that Iron Maiden has also created and released video games, IMHL alleges, there is a significant risk that consumers will be confused as to the make or sponsorship of said game.

Also, they use a similar “steel cut font,” and they do look somewhat similar to me, but feel free to reach your own conclusion. According to the complaint, at least, the infringement is “incredibly blatant,” I can tell you that.

The People Who Sued Themselves