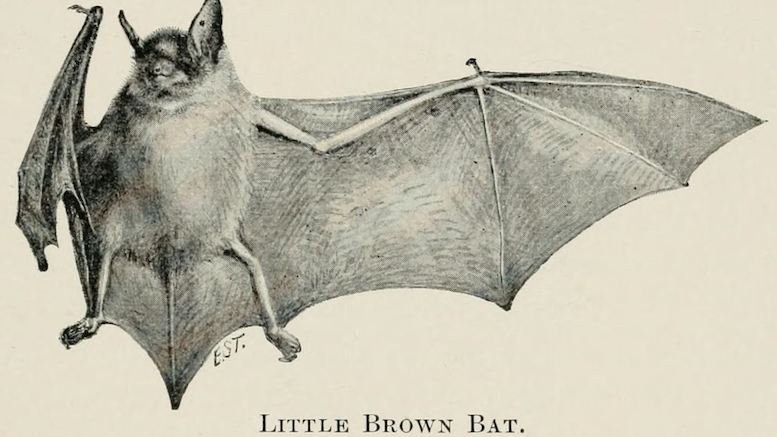 It seems fitting that the official state mammal of the District of Columbia should be the bat.

Specifically, it is to be the Little Brown Bat, and so the obvious first question is whether “Little Brown Bat” should be capitalized. (No pun intended, seriously, I don’t do that. Like how I said “immediately” and not “right off the bat”? But then, “capitalized” happened. Anyway.) The bill designates a particular species, Myotis lucifugus (literally, “the mouse-eared one that flees from light,” though that also describes my cousin Steve). The common name for that species is sometimes given as “Little Brown Bat,” but it is also, in fact, a little brown bat. This source, which I think is relatively official, gives “little brown bat” (lower case) as one of the common names for this species, but not the only one. On the other hand, it also claims that another common name for the species is “little brown myotis,” which can’t possibly be true because that is awful, and in any event it gives that one in lower case and capitalized. So this is no help.

If there are any lawyers out there named “Myotis,” I think “Little Brown Myotis” would be a good name for a law firm.

Well, since there are other bats that are little and brown, but are not Myotis lucifugus, I am officially endorsing the D.C. Council’s decision to capitalize “Little Brown Bat” in order to differentiate their official bat from those other ones.

Okay, that’s settled. So why this bat?

According to the bill, which declares that it may be cited as the “Little Brown Bat Official State Mammal Designation Act of 2019,” although the District isn’t a state, the Little Brown Bat is found “throughout the Chesapeake Bay watershed, including on Kingman Island.” The latter turns out to be an artificial island in the Anacostia River, which runs through the eastern part of the District, thus giving D.C. a reasonable territorial claim over the Bat. This island now appears to be a park and nature preserve, which is a big improvement over the area’s condition in the 1880s, when it was a giant mudflat into which the District poured its untreated sewage, creating a breeding ground for mosquitoes that carried malaria and yellow fever, traversed by a foul and stinking waterway known as “Succabel’s Gut.”

This is partly because bats reportedly live there now, and bats are not only neat, they eat a $&#*load of mosquitoes, among other things. But as the bill points out, bats can also roost in places like hollow trees, under bridges, behind shutters, in buildings, and in bat houses.” That last one is something I was going to make fun of except that I once personally bought a “bat house” for my friends Brett and Heather, who I am pretty sure would put it up when I was coming over and then immediately take it down after I left. Which is understandable, but was not at all helpful to the bats, you guys.

And they need our help. Because as the bill also points out, the Little Brown Bat was once the most common bat in America but has been decimated by a disease called White-Nose Syndrome. That has killed 90% of the population in the northeastern U.S., according to the bill, and the species is now endangered. Luckily, “[t]he Little Brown Bat has good friends in the Girl Scouts of the Capitol Hill Cluster School, troops 44046, 44047, and 44051,” who studied the bats and then proposed that the Council adopt them (the bats) as an official symbol. And that is how that happened.

When the bill becomes law, the Little Brown Bat will become one of the District’s relatively few official things, joining its official dinosaur (which, now that Orrin Hatch has retired, is a different herbivore called “Capitalsaurus“), rock (Potomac bluestone), fish (the American shad), amphipod (this one), and fruit (the cherry).