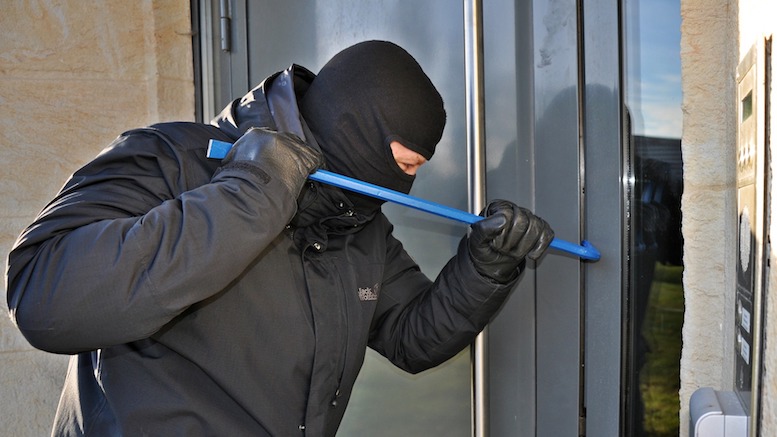 The Fourth Amendment won't follow you inside (image: Steffen Salow on Pixabay)

Just barely possibly worth a try was this argument by Devontay Sawyer, a felon who was not allowed to possess a firearm but, probably through some unfair twist of fate, did. Or, at least, Chicago police found four of them inside his backpack in July 2016, which led to an unlawful-possession charge. Sawyer moved to suppress the evidence, arguing that the police violated his Fourth Amendment rights when they searched the backpack without his consent. The district court denied the motion, and on July 9, the Seventh Circuit affirmed. United States v. Sawyer, 929 F.3d 497 (7th Cir. 2019).

What makes this interesting is that when the police searched Sawyer’s backpack, it was inside a house he had probably just been burgling.

On the day in question, someone reported a burglary in progress. The homeowner, who showed up about the same time as the police did, said the house was a rental property that was supposed to be vacant. Peering in through a window, he saw someone inside and yelled for them to get out. The police—evidently remembering that this was actually their job—then did the same thing. “Ultimately,” the opinion states, “Sawyer and three others came out and stood with the officers on the porch.” This makes it sound a little more like a house party than an arrest, but at this point it’s good to see any dispute resolved without gunfire, frankly.

The homeowner then asked the officers to go in and check the house, and some of them did. They found a backpack in the basement and opened it, finding four guns inside. This of course was the same number of suspects then on the porch, which suggests (though I could be overthinking this) that they all put their guns in a closed container when they realized the jig was up, in hopes of making a Fourth Amendment argument later. Asked who owned the backpack, Sawyer said he did (which suggests either he was not in on the plan or that I am in fact overthinking this). An officer “later asked Sawyer again if it was his bag, and that time, he said no,” but it was a little late for that.

Sawyer realized this later, and decided to go with his first response. In fact, he argued “that he had a legitimate expectation of privacy in the backpack because it was undisputed that he owned it ….” Well, he disputed it, at least initially, but he meant “undisputed in the district court.” He argued that although police had consent to search the home, they did not have consent to search the bag they found inside it, nor did they have probable cause to do that under the circumstances.

Interesting, but not relevant here, because Sawyer had a bigger problem. To assert Fourth Amendment protections, a person must have had a “legitimate expectation of privacy” under the circumstances. There are two questions: (1) whether the person has exhibited an actual, subjective expectation of privacy, and (2) whether that expectation “is one that society is prepared to recognize as reasonable.” As you may have guessed, Sawyer’s problem was #2.

I should clarify that the opinion doesn’t say Sawyer was charged with burglary, only that he was trespassing. This could be because Illinois (like most if not all states) defines “burglary” as an unauthorized entry or presence inside a building “with intent to commit therein a felony or theft.” If the building was vacant, then maybe theft wasn’t the purpose. And while a felon’s possession of a gun is itself a felony, it would seem a little weird to say Sawyer entered the building with intent to possess a gun there. So maybe they didn’t have the evidence for a burglary charge, or maybe it just wasn’t relevant to this federal appeal.

I would prefer to think it was burglary, because then it would be easier to justify using the various forms of the verb “to burgle,” all of which are inherently funny. But I also want to be accurate.

In any event, whether Sawyer was burgling or just trespassing, he was, in Fourth Amendment parlance, screwed. You can’t have a legitimate expectation of privacy in a location if your presence there is “wrongful,” a rule that has often been applied to trespassers and certainly applies to burglars. See Rakas v. Illinois, 439 U.S. 128, 143 n.12 (1978) (“A burglar plying his trade … may have a thoroughly justified subjective expectation of privacy, but it is not one which the law recognizes as ‘legitimate.'”). While Rakas did not actually involve a burglar, it is cited in lots of other cases that did.

I was a little surprised to see just how many burglars have made somewhat similar arguments, though not surprised to see how often they lost. Many of these cases have the same “let’s give it a shot” quality as Sawyer’s argument. For example, one Pennsylvania court phrased the question before it this way: “Does a burglar who parks his car on the property of another in violation of posted ‘No Trespassing’ signs have a reasonable expectation of privacy with respect to stolen property stored in the trunk of his vehicle from which he has allowed the keys to remain dangling while he engages in the commission of a burglary?” Commonwealth v. Bosworth, 456 A.2d 661 (Pa. Super. Ct. 1983).

Sometimes you only have to read the first sentence of an opinion to know how it comes out.