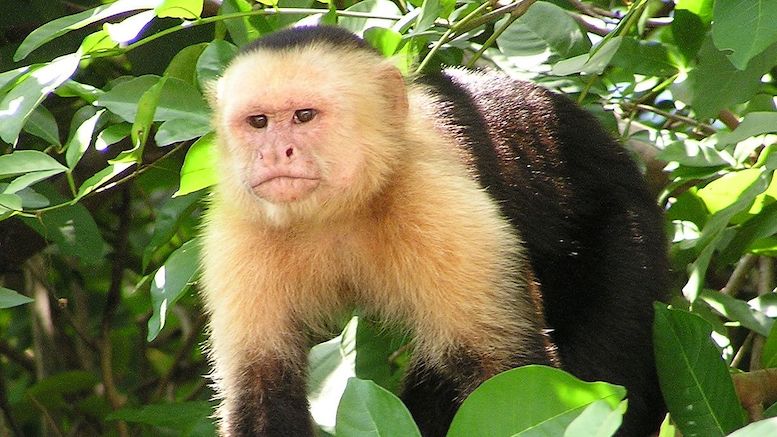 The Las Vegas Review-Journal reports that singer Wayne Newton and other parties were sued last week by a woman who claims her daughter was attacked by Newton’s pet monkey. According to the report—headlined “Wayne Newton’s pet monkey accused of attacking girl,” though the monkey is not a defendant—the girl was visiting Newton’s former home, Casa de Shenandoah, in October 2017 when she “encountered the monkey.”

“Without any provocation,” the lawsuit alleges, “the monkey viciously attacked and bit Ms. Urena, causing injury to her body as well as emotional distress.” The complaint seeks $15,000 for negligent failure to control the monkey, according to the report. “Newton knew, or should have known,” the complaint claims, “that the monkey had a propensity for viciousness and/or a propensity to bite and/or attack.”

Also negligent was the failure of most media outlets to post or even link to a copy of this complaint, which caused me significant emotional distress until I finally found a copy here. (Thanks to KVVU FOX5 in Las Vegas for doing its civic duty.) But I then understood why they didn’t bother, because the complaint tells us little more than the above. The defendants are Wayne Newton and a corporation called CSD LLC (along with the usual “Doe” defendants). Plaintiff alleges that Newton (and presumably the monkey) resided at the property at the time of the incident, and that the corporation is liable as the property’s owner.  Negligence is the sole cause of action, and we are told that Defendants breached their duty to “closely supervise and contain the monkey,” allowing it to deliver the aforementioned bite. The defendants are also accused of doing this “deliberately,” which is going a little far unless there is reason to believe they released the monkey for this very purpose. That is not impossible, but it seems unlikely.

According to Rolling Stone, Newton and his family did not live at the property in 2017. They lived there for over 40 years, but sold the Casa in 2010 to investors (that’s CSD LLC) who planned to turn it into a tourist attraction and museum, and moved out three years later. Evidently, however, they left the monkey behind. (As we’ve seen before, celebrities have a tendency to think having a monkey would be neat, only to abandon it later on when it becomes inconvenient. Or, at least, that’s what Justin Bieber did.) Newton’s wife released a statement claiming that they had severed all ties with CSD in July 2017, three months prior to the alleged monkey attack, and saying they had no knowledge of the alleged incident.

“Ironically,” Rolling Stone reports, Newton’s wife “said the family pulled out of the business venture ‘due to Wayne’s almost dying from a spider bite’ and being hospitalized.”

TMZ has what purports to be a picture of the injury (a bite to the right wrist) taken the day after the alleged incident, so feel free to evaluate that claim for yourself there. It also has several pictures of the purported monkey (said to be a capuchin named “Boo”), so you may evaluate those as well if you wish.

Ninth Circuit: Monkeys Have Standing to Sue in Federal Court

Pants Judge Roy Pearson Is Back in Court