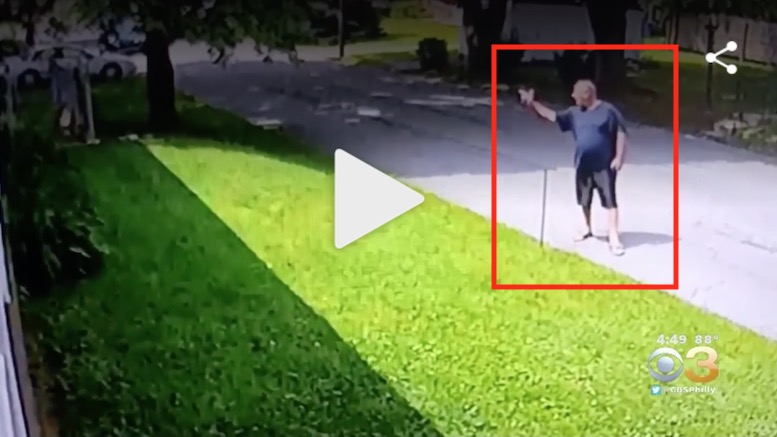 "Disorderly conduct," according to the court

Okay, we’re all a little on edge about gun violence right now, and that is understandable. But I still question whether making a finger-gun sign at somebody should be a criminal offense. Can’t be too careful, I guess?

You probably don’t need a definition of “finger gun,” but Wikipedia provides one anyway:

The finger gun is a hand gesture in which a person uses their hand to mimic a handgun, raising their thumb above their fist to act as a hammer, and one finger extended perpendicular to it acting as a barrel. The middle finger can also act as the trigger finger or part of the barrel itself. Also, an optional clicking of the fingers can be included when forming the “gun” as to emphasize the gesture.

Yes, there are many variants on the finger-gun gesture, but one thing is common to all of them: it is virtually impossible to kill or even harm someone with the gesture alone, even if one employs the optional clicking of the fingers. This is why, for example, trying to rob someone with it is not likely to work. See, e.g.,”I Bet That Finger Wasn’t Even Loaded” (Nov. 1, 2014). It simply is not threatening enough, you see, to cause the victim to comply.

It is of course threatening enough to cause TSA agents to do things, which got one of them mentioned in Assorted Stupidity #110, but that really doesn’t tell us anything about how people of normal intelligence should react.

The facts seem to have been a little more complicated in Commonwealth v. Kirchner, decided by an appellate court in Pennsylvania on August 27. According to the court, Josh Klingseisen was “mulching in his backyard” (I believe this is some sort of gardening activity, but it might be a euphemism) when Kirchner and another neighbor walked past the house. They do not get along with Klingseisen, and for reasons that were not explained the neighbor has a “no contact” order against him. As shown in the image above, which was taken by a security camera that Klingseisen put up because of this ongoing dispute, at some point he and Kirchner made eye contact, whereupon Kirchner “made a hand gesture at him imitating the firing and recoiling of a gun.” He then walked away.

Another neighbor, though, had seen Kirchner pull his finger gun as she watched from her front porch. She said this made her feel “insecure”—though the finger was not aimed at her at any point—and she called 911. Police responded. They managed not to kill anybody, but did cite Kirchner for disorderly conduct.

Kirchner admitted he had pointed his finger at Klingseisen, but testified that he did so only after Klingseisen had pulled out two fingers of his own—i.e., that Klingseisen “gave [him] the finger with both hands.” Whether due to a lack of evidence, or because these fingers were not pointed at anyone, or because the hand configuration was otherwise harmless, Klingseisen was not charged. But Kirchner was, and the court found him guilty.

He appealed, arguing that the evidence was not enough to show that “making a hand gesture, albeit in the rough form of a gun, is a hazardous or physically offensive condition,” as the statute requires. He pointed out that other hand gestures had been found insufficient to support disorderly conduct convictions, and that his gesture was not materially different from these, “as his hand could never be mistaken for an actual firearm.”

The court did not dispute this, but held the evidence still supported the conviction—not because the “gun-like hand gesture” was hazardous in and of itself, but because it created a “hazardous condition,” namely the “risk of an altercation” between the two men. This is despite the fact that no such altercation took place, and based on the footage (which you can see at the link above), the risk of one was pretty minimal. The exchange of gestures is very brief, Kirchner never left the street, and Klingseisen never left his backyard. It’s hard to see anything “disorderly” about this. It’s just two neighbors making rude gestures at each other in a perfectly orderly way. The right to do this without interference by the government is just the sort of thing the American Revolution was fought to preserve (I’m pretty sure).

For a similar but even dumber incident, you may peruse these items from 2013 concerning a seven-year-old boy who was suspended for allegedly biting a pastry into the shape of a gun and then using said pastry gun to “make inappropriate gestures that disrupted the class.” No one was harmed in the incident, because it was a pastry.

Judges in China Ordered Not to “Frolic,” Hold Hands