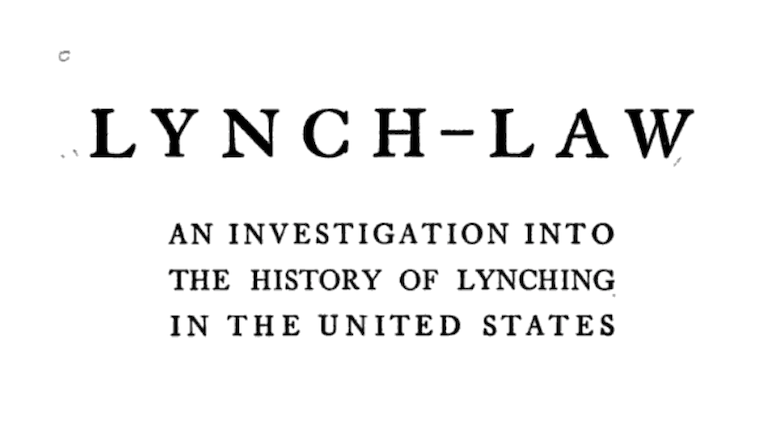 The other day I decided to pull up the oldest post still in “draft” form (I have a lot of those) and consider finishing it. It dated back several years, so I figured it’d probably be too old to be relevant to current affairs, but … no. Unfortunately not.

You may recall that not long ago the President compared the investigation into whether he should be impeached to a “lynching.” While there is rarely a connection between the words that bark out of Donald Trump’s mouth hole and reality, the disconnect here was especially stark because of the history of racially motivated lynching in the U.S., which is beyond horrifying. White people have been lynched, of course, but at least based on my research, it appears that the number of lynchings carried out against rich white men who were presidents of the United States at the time is almost zero.

But maybe “lynching” means something different to Trump than it does to others. This is certainly true of many other words, such as “perfect,” “marriage,” “audit,” “emolument,” and “true.” Could it also be “true” here? What does the word mean, exactly? Well, it depends.

The OED defines “lynch” as “[t]o condemn and punish by lynch law,” the latter being “[t]he practice of inflicting summary punishment upon an offender, by a self-constituted court armed with no legal authority; … now limited to the summary execution of one charged with some flagrant offence.” Of course, people armed with no legal authority have been killing people since the evolution of people, but this practice has only been called “lynching” for a little over 200 years. How it got that name isn’t clear, but the best evidence associates it with a Col. Charles Lynch, who is said to have handed out punishments to suspected Tories in Virginia during the Revolutionary War. See James Cutler, Lynch-Law at p. 13–40 (1905).

Lynch reportedly conducted “trials” in which evidence was heard and the accused could put on a defense, and some defendants were even acquitted. Still illegal, of course, but it at least smelled like due process. Today, though, “lynching” generally means an act of violence carried out by a mob. That’s how it’s defined, for example, under South Carolina law, where it’s called “assault and battery by mob.” S.C. Code § 16-3-210. (This is something Sen. Lindsey Graham (R-SC) apparently forgot when he said the impeachment investigation was a lynching “in every sense.”)

In some states, though, the term has a more specific legal meaning. For example, until recently California law said this:

The taking by means of a riot of any person from the lawful custody of any peace officer is a lynching.

Cal. Pen. Code § 404(a). As I’ve mentioned before, I don’t see how two people doing something could qualify as a “riot.” Even a three-person riot would be pretty lame, as riots go. But set that aside for now. Under the definitions above, “lynching” is when two or more persons illegally take a person out of lawful custody by using or threatening violence—not the violence that often follows.

And this more limited definition explains how a California court managed to convict a man of lynching himself—or, at least, of participating in his own lynching. In re Anthony J., 72 Cal. App. 4th 1326 (1999).

Anthony had been arrested for auto theft. Officers cuffed him, but he continued to struggle and yell for help to people who saw the arrest. The crowd of onlookers “eventually swelled to two or three hundred people,” and eventually some or all of these people did, in fact, charge the officers and free Anthony (somehow managing to not be killed while doing so). Of course, there is a case called In re Anthony J, so you may infer that his freedom didn’t last.

Anthony was convicted of theft, resisting arrest, assault, aggravated assault on an officer, and lynching. He appealed that last one, making the not-unreasonable argument that a person cannot “aid and abet” his own lynching (the theory the trial court applied). The Penal Code statutes, he contended, “were enacted to protect victims of lynching from harm, and therefore cannot be violated by a person who is the subject of the lynching.”

The Court of Appeal not only rejected this, it went further, saying the aiding-and-abetting theory wasn’t necessary because the law covers self-lynching. Granted, the court held, it is “awkward” to apply the statutory definition “to hold that a person can ‘take’ himself from police custody.” Yes it is. But not too awkward, apparently: the court noted that under the code, “[e]very person who participates in any lynching is punishable,” and it decided this “plainly include[s] a person in custody who participates in a riot that enables him to escape.” It did not explain exactly how a person in custody could meaningfully “participate” in a riot, since the purpose of taking someone into custody is to render him unable to do things. It just said there was “no doubt” he did, “both verbally and physically.” Well, maybe, but it doesn’t seem “plain” to me.

When a statute isn’t clear, a court will often look at other evidence to figure out what it means. But here the court didn’t do that, saying that the legislature had plainly defined “lynching” in such a way that the crime “need not involve intent to harm the person in custody….” And that is how a court held that an African-American man could be convicted of “lynching” himself by asking an angry mob for help—pretty much the exact opposite of what the term is generally understood to mean.

After further embarrassing incidents in which the anti-lynching law was used to prosecute an African-American, the legislature decided to make some changes. It created a new crime, “incitement to riot,” which would cover what Anthony J was accused of doing, and it amended the no-lynching statute. Now, instead of saying that “[t]he taking by means of a riot of any person from the lawful custody of any peace officer is a lynching,” it says that “[a] person who participates in the taking by means of a riot of another person from the lawful custody of a peace officer is guilty of a felony.” Cal. Pen. Code § 405a (emphasis added). Now you can’t self-lynch, and it technically wouldn’t be a “lynching” anyway, according to the legislature, because that word has vanished. So, abracadabra, problem solved.

Trump, of course, ignores all the historical baggage the word carries. His use of it seems intended to convey the sense of “punishment by a self-constituted court armed with no legal authority,” but since the Constitution gives the House “the sole Power of Impeachment,” that’s not true. If a legislature (or anyone else) had defined the word to mean “two or more people doing something that bothers you,” then his use of it would make sense. So far as I can tell, that has not happened.