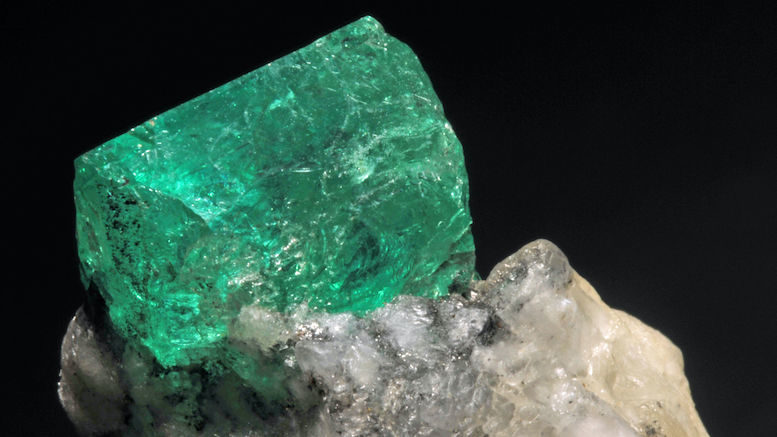 According to reports by (among others) Bloomberg Media and Law.com, last year a California man whose home was destroyed in the 2018 Camp Fire filed a claim with PG&E (the utility found to have caused the fire) for upwards of $280 million. While the home itself had been assessed at only $460,000, almost all of the claim was attributed to the tragic loss of the Beleza Emerald, said to be a 500-pound “solid block of black schist and quartz with green crystals.”

And that would indeed be a tragedy, at least depending on the answers to certain questions including “did this actually exist,” “how did you get it,” “what happened to it,” and “are you kidding me.”

Claim 3705 was by no means the largest claim filed with PG&E, which tells you something about just how damaging the Camp Fire was. If I’m searching this database correctly, and I may not be, there were 55 claims of $1 billion or more, mostly on behalf of other big corporations like insurance companies that had paid many claims themselves. The biggest single claim, though, for $400 billion, was filed by an individual. Google did not reveal much information about this person, but there is a LinkedIn page bearing that name; the profile describes the user as an “Oil & Energy Professional,” though the only job experience listed is “cashier” at a Chevron station from 2002–2013. Well, the profile description is technically accurate, I suppose, and it’s not impossible that the next six years were really good ones. But it is also possible that this is an example of the occasionally inflated claims we sometimes see after natural disasters. See, e.g., “Katrina Victim Sues for Three Quadrillion Dollars” (Jan. 12, 2008).

In fact, the emerald claim came to light after PG&E’s lawyers (Cravath, Swaine & Moore), wrote the judge overseeing one of the related proceedings to ask for additional discovery as to seven individuals who they believed had filed “duplicative and/or exceptionally large monetary claims, which appear suspicious.” According to the letter, the value of these seven claims was around $370 million (I assume the $400 billion claim didn’t make it this far). And $280 million of that was the single claim for “the destruction of a 500-pound emerald, which the claimant alleges he kept at his residence in Paradise [California] and was destroyed in the Camp Fire.” The letter said this claimant and his wife had submitted another four duplicate claims of $4,500,000, so all together this added up to some real money. PG&E, it seems, wished to inquire of the claimant regarding certain facts substantiating this claim.

It had some pretty good reasons for doing so. First among them was the lack of any evidence that a gem called the “Beleza Emerald,” or in fact any emerald close to that size and value, has ever existed.

“In our tracking of the world’s largest emeralds,” quoth the International Gem Society, “we had not encountered any discussion of this specimen. Naturally, we were intrigued.” According to the IGS, “emeralds” of the reported size are really just big slabs of something like mica or quartz with some emeralds embedded in them. (This is consistent with the “block of black schist and quartz with green crystals” mentioned in the claim.) The “Bahia Emerald,” for example, which was discovered in Brazil, is said to be 750 pounds, but the IGS estimates that only about 10 percent of that is emerald. Carving that up would yield, it estimated, about $3 million worth of actual gemstones. The claimed value of the “Beleza Emerald” is more than that of the Hope Diamond, according to Marketwatch, and the Hope Diamond has the benefit of actually existing.

As Marketwatch also pointed out, it is not clear how the monster emerald was allegedly destroyed. “While the Camp Fire burned hot enough to melt aluminum—which has a melting point of 1,221 degrees Fahrenheit,” the article says, emeralds don’t start to “degrade” until about 1,800 degrees. So for that reason, too, PG&E was hoping to see some sort of a paper trail, perhaps, establishing ownership.

Although paper burns at a much lower temperature, so….

Exactly what happened with this was a little hard to figure out. The lawyers for the claimants (the claimants as a group, not just the emerald claimants) opposed the request for discovery on the grounds that these particular proceedings were only to estimate the total of all the claims, not establish the value of individual ones. PG&E made the point, which made sense to me, that claims for more than a quarter-billion dollars might skew the estimate a little, if, for example, they turned out to be bogus. The docket suggests that this never got nailed down, because PG&E (having already declared bankruptcy) eventually settled a bunch of wildfire claims for about $13.5 billion, but that may not include individual claims still working their way through the courts.

If you have any information about the status of this claim, or as to the whereabouts of the “Beleza Emerald,” do let me know.