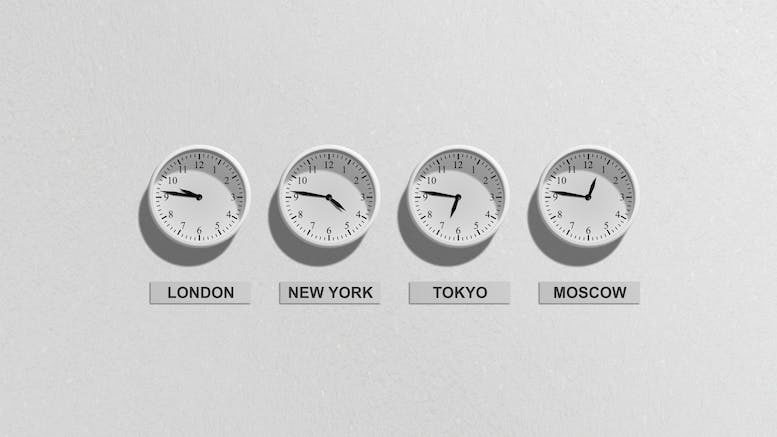 In Nicaragua, it's time to go back to the U.S.

I’ll infer at least two things from a headline that says you’ve been “found in Nicaragua”: (1) someone was looking for you, and (2) you weren’t supposed to be in Nicaragua. I felt pretty confident about both inferences in this case, and both turned out to be right.

These aren’t 100% ironclad, of course. First, we might say we “found” something even if we weren’t actively looking for it, in the sense of “discovering” it. I might say, for example, that I “found a lightpole in my path” a while back, which is true in the sense that I was walking along the Embarcadero here in SF at a pretty good clip and clanged right into it face-first. I had not been looking for that lightpole in advance, yet it would be grammatically correct to say I “found” it. As for the second inference, the headline might refer to a story reporting that someone discovered a lawyer who bills over 6,000 hours per year, and this happened in Nicaragua, like if National Geographic reported scientists had found a new species of gorilla in the Congo or something. So those sorts of inferences are also possible.

But they are not the right ones here.

First, it turns out people were actively looking for Bill Lester, and those people were U.S. marshals. (This is rarely good news, unless you have some friends who are U.S. marshals.) Lester, who worked as a court-appointed defense lawyer in Charleston, West Virginia, was indicted in 2016 on charges that he had overcharged the state significantly for work he didn’t do. What do I mean by “significantly”? Let’s discuss that.

It seems authorities began to investigate Lester because the amount he was billing the state had become so large that, at the going rate, it appeared mathematically … well, unlikely that he was actually doing all that work. The investigation confirmed either that he was billing for work he hadn’t done, or that he had made some pretty dramatic paperwork errors, based on these facts reported by WCHS:

“He had billed, in a two-year period, over $600,000 to the state for indignant defense, which at $45 an hour is an awful lot of hours, and the resulting investigation found he had at least 17 days he billed an excess of 24 hours,” said Dana Eddy of Public Defender Services.

Emphasis added. (Also, there is such a thing as “an indignant defense,” but I think they probably meant “indigent.”)

This reflects, unfortunately, the sad truth that public defenders are woefully underpaid. Their job is incredibly difficult and very important, and yet in West Virginia they apparently get paid only $45 an hour. It should be more. But because it isn’t, this has ramifications for Lester’s case. Specifically, at $45 a hour, to hit $600,000 in two years Lester would have had to bill 13,333.3 hours during that time. This of course would be an average of 6,666.6 hours per year.

Is that a lot? No. It’s an awful lot. How awful? Well, let’s put it this way: there are a total of 8,760 hours in an entire year (24 x 365), and Lester  claimed to have billed over 6,666 of those. Twice. As most lawyers know too well, working a traditional 40-hour work week  yields about 1800 billable hours a year, or 2000 with no breaks. But you can’t do that, nor can you bill 100% of the time you spend in the office otherwise. This means that hitting those targets effectively requires putting in much more time than the traditional work week. (Not complaining, just stating a fact. Although I am also complaining.)

For example, according to the National Association for Law Placement, law-firm associates billed an average of 1,786 hours in 2014. But they had to work an average of 2,081 hours to do that. (Some isn’t billable, some gets written off, etc.) For big firms the averages were 1,873 and 2,199 respectively. From this we can derive two relevant facts: (1) on average, about 85% of hours worked were actually being billed; and (2) those laboring in the galleys of America’s biggest firms were working (again on average) about 2,200 hours a year.

That’s about 25% of all the time available, or 38% of all waking time, if, as experts recommend, you spend about a third of your life unconscious. If you also subtract time needed for things most humans need to do, like bathing, commuting, eating, excreting, and whatnot, there isn’t all that much left. (Believe me. I have pie charts.) So, they work a lot.

Lester billed three times as many hours as they do.

This would mean he had billed an average of 18.3 hours every day for two years. But wait. Applying the 85% proportion we derived above, Lester would have had to work 21.5 hours every day (for 730 days in a row) to bill the 18.3 hours, leaving him a mere 2.5 hours per day to live the remainder of his “life.”

Well, it isn’t mathematically impossible. You have to concede that. But it did get him indicted.

He was not around for the indictment itself, which came down in 2016. That report isn’t very clear, saying he was “in Panama” on the day he was supposed to be in court, but later saying “prosecutors think Lester is in Costa Rica.” As noted, the more recent report said that Lester had been “found in Nicaragua.” Well, I don’t know how he got to Panama, but it looks to me like he was on his way back. Surely that will count in his favor.

In any event, his return trip will now be more direct, and substantially expedited. You should be able to find him in West Virginia by Thursday, if you need to.