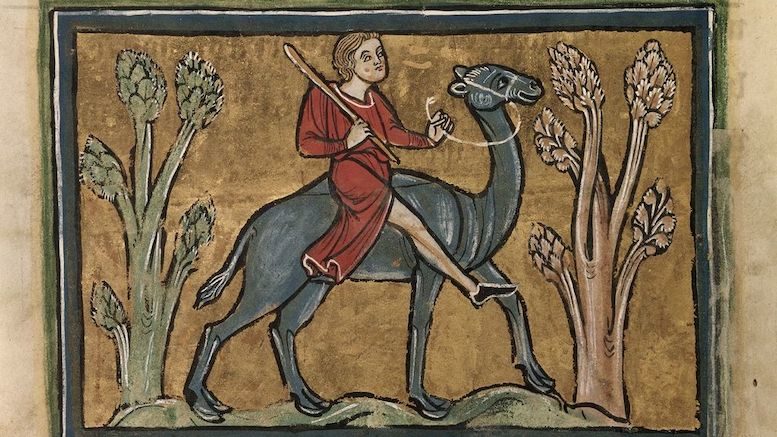 The Boston Globe reports that a woman who was injured during a tour in Morocco has sued booking site TripAdvisor and its subsidiary Viator. Specifically, she claims the leisurely sunset camel ride she was promised did not go as planned, because (as the Globe put it) “she was placed on a pregnant, runaway camel that broke away from the tour and tossed her to the ground….” The woman broke her arm, and has sued the companies for negligence and breach of contract.

If the tour operator actually “placed her on a runaway camel,” I don’t think that’d qualify as negligence. It’d be kind of impressive, frankly, and I really don’t think you could do it by accident. So let’s assume the Globe is not being entirely accurate there, and the camel ran away only after the woman was placed on it. Negligence? Maybe.

One potential issue with this claim is that camels are known to be stubborn and difficult animals, though I admit I base that mostly on The Mummy (1999), in which camels are depicted as stubborn and difficult. “The worst thing I was asked to do on this movie was to ride a camel,” said actor Kevin O’Connor, and his character gets eaten by a swarm of giant beetles. But regardless of whether camels get a bad rap in that movie (or movies I haven’t seen), they are quite obviously large and ungainly animals that aren’t easy to ride (again, partly based on The Mummy), so there’s going to be a potential assumption-of-risk issue with any camel-ride-related injury claim, most likely.

This may be why the camel’s alleged pregnancy is being emphasized.

Based on my brief research, there is no question in my mind that a camel owner would at least know that his or her camel has mated. This I base mostly on “Reproduction in Camel,” an article from Veterinary World that I found by googling “camel reproduction,” and which was written by three scholars at the Krantisinh Nana Patil College of Veterinary Science in Shirval, India. It is quite informative, and has the major benefit (for me) of being written in English by scholars for whom English is plainly not their first language. (This is not a criticism.)

So, according to “Reproduction in Camel,” both male and female camels go into heat. This lasts for three to four days per cycle, during which the female exhibits “excitement,” “bleating,” “want of male,” and certain “discharges.” The male, meanwhile, “emits a black pigment from his pole gland which helps him to attract the females,” and a “specialized inflatable diverticulum” of his soft palate “protrudes out from the mouth.” Well, it all sounds very romantic. And so not surprisingly, before too long, the magic happens:

Generally mating occurs by natural method…. While mating the male and female both make grunting sounds. The whole sexual act takes about 20 minutes and is accompanied by gurgling and frothing by male and bleating by the females.

All pretty standard, then, except camels do it out in the open, and apparently there’s no cuddling after. My point being, it seems highly unlikely that a camel’s owner would not know there had been camel shenanigans that might lead to pregnancy.

It is not clear to me whether it is easy to diagnose actual pregnancy in camels, but according to the lawsuit, the owner had done so in this case, because a handler allegedly told the plaintiff before the incident that her camel was pregnant and would be giving birth in about a month. Camels, it turns out, have one of the longest gestation periods of any mammal—well over a year on average and up to 420 days. Still, “about a month” away is not exactly imminent. Regardless, I haven’t found any support for the lawyer’s implication that a very pregnant camel would be more likely to run wild rather than less. Pregnant-camel experts (or pregnant camel experts) are encouraged to weigh in, of course.

The bigger problem for the plaintiff may be that, unsurprisingly, the terms of service on the defendants’ websites say right up front that defendants don’t actually operate the tours themselves, they just facilitate booking the tours. Interactions with the tour operators, or their camels, are “at your own risk.” I don’t think this would surprise many people; if a plane crashes, I don’t think you (or your heirs) can sue Expedia for that, and the same principle would apply here. As for the tour advertisements themselves, here is one of many “sunset camel rides” offered on Viator’s website. It does promise a “leisurely ride” around a palm grove, but you also get a “safety briefing” before you ride, so there is at least some warning that camel-riding isn’t risk-free. Again, though, the assumption-of-risk doctrine is likely to be a significant hurdle for this plaintiff.

My own advice would be to book with an operator that offers free cancellation, so that if you hear any gurgling, frothing, or bleating as you approach the palm grove, you can still change your mind. I don’t think you want to be anywhere near that spectacle.

How Your Homeland-Security Money Is Making You Safer

Nor Can the Court Order Specific Performance