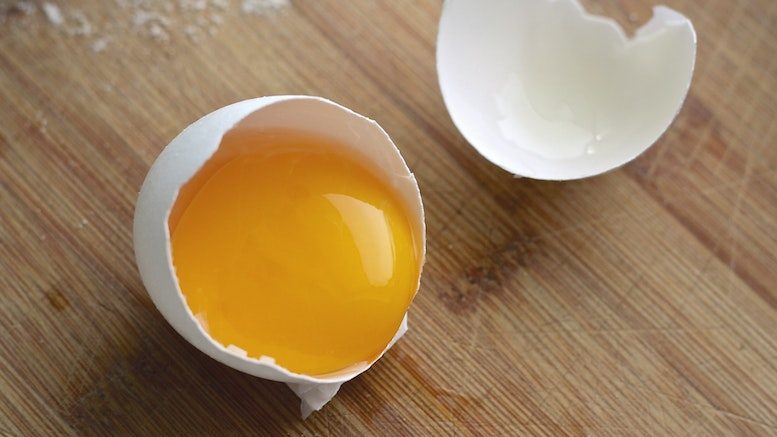 The attorney's submission was messier than this one

Why did Eric Yollick throw an egg at Judge Mark Keough’s car in March? Good question.

According to Yollick, the egging was a “lighthearted protest between friends” of a COVID-19 stay-at-home order Judge Keough had issued. And who hasn’t lightheartedly protested a judge’s order by lying in wait and throwing things at him? Still, the rest of Yollick’s comment (reprinted from Facebook by the Houston Chronicle) did not seem entirely consistent with the “lighthearted friendly protest” part:

My action two months ago was a lighthearted protest between friends (me and County Judge Keough). Unfortunately, Keough’s unconstitutional actions have touched — and harmed — every citizen in Montgomery County, particularly family members who lost their jobs, businesses which have lost their futures, and parents and children facing economic devastation foisted upon us by Keough and his government cronies.

Hm. So maybe they were friends at the time, but since March the judge has acquired a gang of cronies and set about foisting economic devastation on every citizen in the county.

Or not. According to the New York Post, Yollick claimed that he and Keough discussed the matter later that day, a discussion Yollick said ended in a hug. The two later fell out, though, after Yollick continued to criticize the judge on Facebook and posted an April Fool’s Day item that, according to Yollick, “playfully accused Keough of enacting martial law in Montgomery County.”

If this sounds like campaign rhetoric, that might be because Yollick is in fact running for office, hoping to be elected to the bench of Texas’s 457th Judicial District. But usually candidates aim campaign rhetoric at their opponent, and Yollick isn’t running against Keough. Texas has two sets of trial-level courts, county courts and district courts. (Why they have two sets isn’t entirely clear to me after reading several pages on the subject, but I’m sure it makes sense to Texas lawyers.) [Update: Texas lawyers tell me that “county courts” are actually government/administrative bodies, and district courts are the trial courts.] Keough is a judge in Montgomery County (north of Houston) and Yollick would be a district judge if elected. The 457th District is within Montgomery County, but not subordinate to the county court, if I understand correctly. Anyway, the point is that Yollick isn’t running against Keough, so it seems a little weird to be accusing him, even in a friendly way, of devastating cronyism and unconstitutional tyranny.

Also to be throwing things at his car, which Yollick did on March 27. According to the Chronicle, Keough left his office that afternoon and walked towards his Lexus, only to see Yollick flinging an egg at it. And despite Yollick’s claim that he was just jokingly hurling a chicken embryo at a friend, Keough doesn’t seem to have taken it well. In fact, he called the police. Although maybe that was just an inside joke between friends, too. You know, like when your friend is running for judicial office and you press criminal charges against him for doing something childish. Classic!

Yollick said he didn’t think the charge (misdemeanor criminal mischief) would affect the election. And it very well may not. Yollick got to this point by beating four other candidates in the primary, despite the emergence of several videos in which he can be seen removing door hangers publicizing other candidates and replacing them with his own. Nor did it make a difference to voters that Yollick explained this by claiming he had removed the other candidates’ materials only because they were “tattered.” He was just trying to help, you see.

Yollick and another Republican candidate will compete in a runoff election in July, and the winner will face Democrat Marc Meyer in November. Yollick’s trial is currently set for October, but the charge is only a misdemeanor that would be punished with a $150 fine, so it’s not like Yollick faces the prospect of having to contest the general election from a jail cell.

Not that voters would necessarily care about that, either, as we have seen several times.