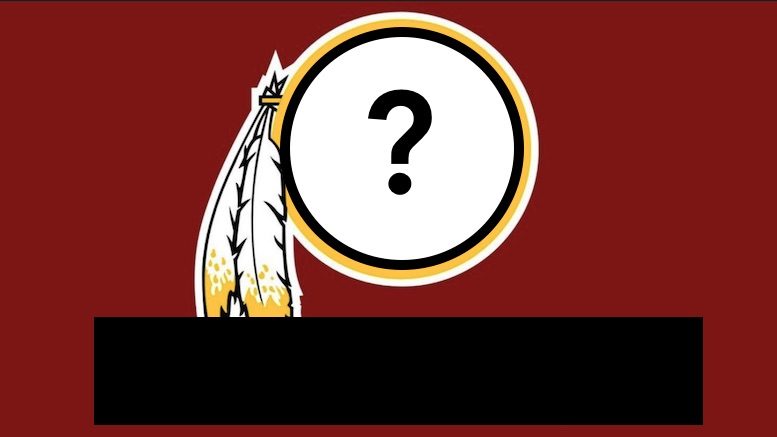 As you know, the NFL franchise that plays in the nation’s capitol recently decided to change its team name. But to what? Well, after weeks of intensive brainstorming, owner Dan Snyder has now announced that the Washington football team will henceforth be called … the Washington Football Team.

Was this his first choice? No. But his first choice, and a whole bunch of other potential choices, seem to be tied up in a trademark fight with at least one entrepreneur who had the foresight—unlike Dan Snyder—to file trademark applications for a bunch of possible names. While the team will likely get what it wants, sooner or later, for now it is calling itself the Washington Football Team.

Philip Martin McCaulay, who describes himself on this website as “an actuary and the author of bestselling books on pensions, investments, finance, mortgages, real estate, mathematics, actuarial science, cooking, massage therapy, anatomy, pregnancy, military history, military pictorials, and card games,” has been described by CBS Sports as a “trademark squatter.” McCaulay has reportedly registered trademarks for “countless” team names over the years, including potential new names for Washington’s football team. His extremely barebones website lists a bunch of these, along with some fairly basic information about football itself (“Winning: The team with the most points at the end of the game wins”), and links to merchandise like coffee cups and t-shirts using possible logos. This last part is presumably to indicate the mark is being “used in commerce,” which is a requirement for trademark registration.

I haven’t counted McCaulay’s applications (this report says he has 44 pending), but he seems to have cast a pretty wide net, judging by his website, which mentions names including “Washington Redtails,” “Washington Redwolves,” “Washington Veterans,” and the strangely-hilarious-to-me “Washington Monuments.” And he isn’t the only person doing this. A quick search of the US PTO’s database shows 20 or 30 recent applications by McCaulay and others, including for “Washington Potomacs,” “Washington Spartans,” “Washington Braves” (the team’s name before 1933), “Washington Whirlwinds,” and the also strangely-hilarious-to-me “Washington Presidents,” a team that surely could only take the field with each player actually dressed as a historical president, like the Hall of Presidents at Disneyland but hopefully with a better running game. There’s more than one application for some of these, some not that recent, so that’s one potential battle that might need to be fought.

The most important one, though, at least to many people, is the battle over who controls whatever name the team actually wants to use, if and when it’s able to adopt a real name. In one report, McCaulay insisted that he’s trying to help the team re-brand, and that he bought up all the names simply so he could facilitate this. “I thought if I hoarded all the good names,” he told CBS Sports, “that would keep someone else who might be a pain in the neck from getting them.” But if he’s actually offered any of the names to the team for free, as he claimed, it hasn’t taken him up on that offer. It is presumably negotiating with somebody, or more likely pursuing legal options, but either way that has not come to fruition yet. Hence, “Washington Football Team.”

McCaulay mentioned in the CBS article (a week ago) that he has a trademark for “Washington Football Club” that he thought would be “a good temporary name” while the team decides on a permanent one. Looks like they outsmarted him on that one, if “outsmarted” is the right word.

Appellate Win for Women Who Say Dr. Phil Locked Them Up With a Naked Guy

153rd Time is the Charm for Frequent Arrestee

NJ Appeals Court Holds No Duty to Warn About Gravity