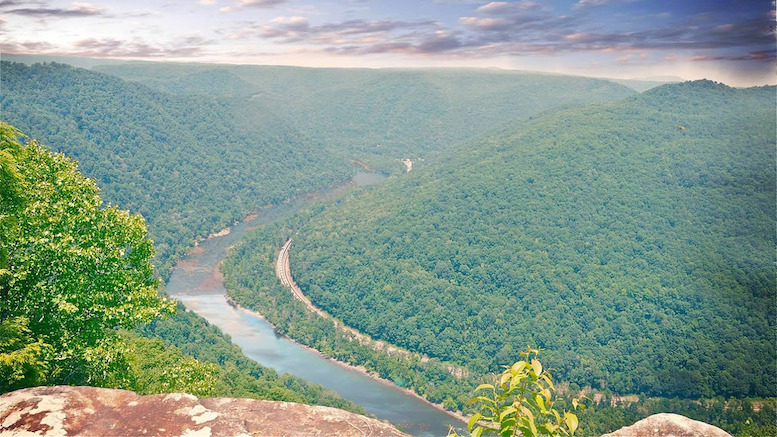 The New River Gorge, which is much harder to search than a closet

According to a Facebook message he posted on June 1, Rodney Wheeler was distraught that his wife Julie had accidentally fallen into West Virginia’s New River Gorge the day before. “They haven’t found her yet,” he wrote, “but I am holding out hope that she will be found and she is ok.” He was doing his best to hold it together, though. “I am heartbroken and lost right now but I have to have faith… please give us time to work through this and please keep us in your thoughts and prayers.”

Any such prayers were answered two days later when police found a not-actually-dead Julie alive and hiding in her closet.

Coincidentally, Julie Wheeler’s reported plunge took place not long before she was due to be sentenced for a charge of health-care fraud, to which she had pleaded guilty in February. And not just your run-of-the-mill health-care fraud, either. Wheeler faced up to 10 years in prison for submitting false applications to the government regarding the care she was supposed to be providing for a child with spina bifida. According to her applications, she was caring for the child eight hours a day, seven days a week, and so was collecting the full $736 per day allocated for such a demanding and difficult job. It would be demanding and difficult, that is, if you were actually doing it, which most of the time Julie Wheeler was not. So not only was she collecting lots of money for work she wasn’t doing, a severely disabled child presumably wasn’t actually getting the care he or she needed. Wheeler was due to be sentenced for the fraud on June 17, until she tragically fell off a cliff at Grandview State Park while trying to retrieve an earring.

That’s what Rodney said, anyway, when he called 911. Rescue workers spent days searching the gorge, which reports described as “a jagged, deep canyon” with steep walls and heavy underbrush. A helicopter searched from the air, divers searched the river, and rescuers used rope lines to descend into the gorge. They found Julie Wheeler’s cell phone and one of her shoes at the base of the cliff, but not the missing woman herself.

At some point—and probably almost right away—officers suspected that perhaps the reported mishap involved not an attempted earring retrieval but rather a desire to avoid prison. They therefore began to search areas other than the gorge, including the Wheelers’ home. Of course, someone who has tried to fake their own death wouldn’t then just hang out at their own home, which they would expect is likely to be searched. That would be kind of stupid. On the other hand, maybe you would do that, on the theory that police wouldn’t expect you to do it precisely because it would be kind of stupid. But then again, maybe you wouldn’t, because you know that many people are in fact stupid and so police aren’t likely to rule out the possibility of stupid behavior. Quite a conundrum, and one that Julie Wheeler was probably still thinking through when police opened a closet door and found her hiding inside.

According to the reports, officers had been in the house at least twice before without finding her, though she had been in the same closet both times. This could be due to poor search techniques, although given that they quickly and efficiently organized a massive search of a jagged, deep canyon, it strikes me that this group is probably competent enough to think of looking inside a closet. More likely, they could have been in the house at first with Rodney’s consent—at the time he was purportedly still holding out hope that his “missing” wife would be found and so probably cooperated—but felt that they needed to get a search warrant to look inside closed rooms, containers, or other places that a fraudster might try to hide. Officers were executing a search warrant on June 2 when the search came to an end.

On June 30, Julie Wheeler was sentenced to three-and-a-half years in prison on the healthcare fraud charge, and ordered to pay almost $290,000 in restitution. But she and her husband are now also facing multiple charges related to the fraudulent-plunge scheme, including fraud, conspiracy, and obstruction of justice. “Instead of accepting responsibility and being accountable for her horrendous conduct,” U.S. Attorney Mike Stuart said, “she and her husband concocted a really bad scheme and, in the process, risked the lives of first responders and the critical resources of taxpayers.”

The badness of the scheme isn’t an element of the offenses, of course, at least not in the sense of incompetence. But it did play a major role in getting them mentioned here.