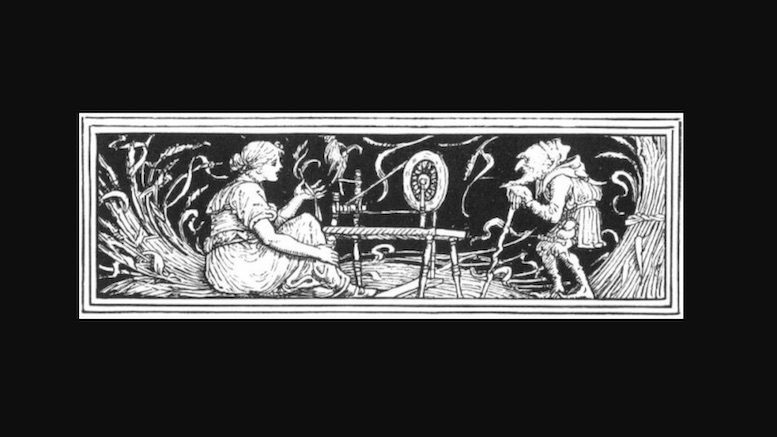 At least one of these people needs a lawyer

Writing at The Volokh Conspiracy, John Ross said this about a recent case:

The District Attorney of Middlesex County, Mass., may have lost her challenge to the federal government’s practice of arresting noncitizens in state courthouses. But she has joined the surprisingly lengthy roster of litigants whom First Circuit Judge Selya has compared to or contrasted with Rumpelstiltskin. So there’s that.

Should the federal government be arresting noncitizens in state courthouses? I don’t think so. As the district attorney argued in that case (Ryan v. U.S. Immigration and Customs Enforcement, see below), the feds shouldn’t interfere with state judicial systems, and this practice is likely to make noncitizens afraid to use the courts at all. I suppose reasonable people could disagree, so by all means, read the opinion and make up your own mind. (But read it here, not at the First Circuit’s website, because (1) that site makes you download the opinion instead of just displaying it, and (2) the PDF is in the Courier font. Courier!)

A reasonable person, however, might also want to know why Judge Selya keeps comparing people to Rumpelstiltskin, or at least I certainly do. So let us explore that conundrum.

Sorry, just checked my notes again. It actually refers to the famous fairy tale in which a man tells the king his daughter can spin straw into gold. (My handwriting is really bad.) The king of course demands she do this for him, on pain of death. She can’t, but a gnome shows up that night and does it for her, demanding her firstborn child in exchange. She agrees. Later, he demands the baby—but for some reason, he also says she can get out of the deal if she can guess his name. (FYI, this is a terrible provision to include in a contract.) Luckily for her, he talks to himself and uses his own name when he does. She overhears him and so is able to answer his riddle.

Basically, it’s a story in which everyone but this girl is completely insane.

But the reason judges compare somebody to Rumpelstiltskin isn’t because of height or poor bargaining skills. It has to do with straw-spinning, or at least that’s how Judge Selya used it:

For their part, the plaintiffs — like Rumpelstiltskin — try to convert dross into gold. They strive to persuade us to treat the fact that various English treatises did not mention an exception for crown-initiated civil suits to the privilege for parties and witnesses … as conclusive evidence that no such exception existed. We are not convinced….

“Dross”? Dross is a worthless byproduct of the smelting process, or, as the OED puts it, “the scum … or extraneous matter thrown off from metals in the process of melting.” So what Selya means is that the plaintiffs are trying to turn something worthless into something valuable—just like Rumpelstiltskin. Okay. Why does he use “dross” instead of “straw”? Because, as we have discussed before, Judge Selya intentionally uses ultra-fancy words that almost everyone will have to look up, even if there is a perfectly good, simple word he could use instead. See “The Argle-Bargle Over This Jiggery-Pokery Is Pure Applesauce” (June 25, 2015).

I mentioned him in that post because Justice Scalia had used the phrase “jiggery-pokery” in an opinion, and I assumed it was the first time that had ever happened. But no! Judge Selya—and only Judge Selya—had also used it, in an opinion in which he also used the words “eschatocol,” “exegetic,” “imbrication,” “anent,” “spavined,” “asseverate,” and “jeremiad,” among others.

A good word for this practice would be “appalling.”

Ryan shows that the judge is still doing this. The opinion—which, again, was written in the year 2020—includes the words “hoary,” “rescript,” “antithetic,” “anent,” “carapace,” “decretory,” “abecedarian,” “pellucid,” “congeners,” “withal,” “praxis,” “asseverations,” and, of course, “dross.” You may know some of those words without looking them up, but probably not all. And would you appreciate having to look any of them up in order to understand the opinion? You wouldn’t. And why should you have to do that? You shouldn’t.

For example: “Anent.” What the hell is “anent”? I know that word because I’ve seen it before—in the writing of H.P. Lovecraft, which maybe is not that well suited for a judicial opinion, though I like the idea. Turns out “anent” is an Old English word for “about,” usually in the sense of location but also in the sense of “concerning” or “in relation to,” which is how Judge Selya uses it. It’s in the OED, but that describes all 12 possible meanings as “obsolete,” “archaic,” or at best “regional,” and the region in question is Scotland and northern England, which isn’t part of the First Circuit.

Here’s an example, from the Aberdeen University Review (1930): “I wizna muckle bookit an’ gey active, an’ wi’ ma less hicht mair anent the corn nor he wiz.” Well, obviously. Here’s another, from C. Butler’s famous 1609 treatise, Feminine Monarchie: “Anent the age of Bees there are divers opinions.” Sure there are! But I don’t think there are divers opinions about whether “anent” belongs in a 21st-century U.S. legal document. It doesn’t. This stuff is hard enough to read without making it a vocabulary exercise.

As for “Rumpelstiltskin” itself, a Westlaw search turns up 34 U.S. judicial opinions in which that word appears. Eight involved companies that used “Rumpelstiltskin” in their names (surprise—they didn’t do well). Five opinions only used it in a quote. Three were copyright cases involving some version of the story. That leaves 18 opinions, of which Judge Selya wrote six, thus personally accounting for one-third of the nation’s total output of judicial Rumpelstiltskin metaphors during its history.

That I have no problem with, actually. But I wouldn’t use the word “anent” any more than I would use the Courier font.

Courier! For the love of God!

Be on the Lookout

Finally! A Litigation Game for the iPhone