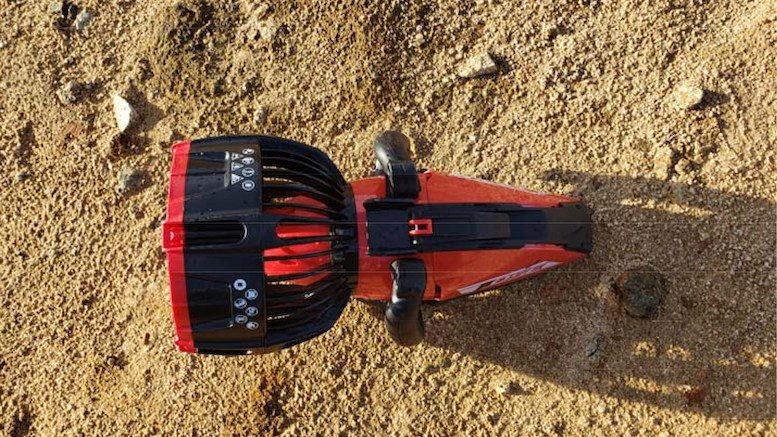 The Yamaha 350Li with which the suspect did not successfully escape.

Oh, Matthew Piercey. Why didn’t you read Lowering the Bar, Matthew Piercey? If you had, you might not have tried either of these things, because you’d have known that they don’t succeed. Well, at least we now have proof that it doesn’t help if you try to combine them.

First, the Ponzi scheme. What is a “Ponzi scheme,” exactly? (I know you know the answer, Matthew Piercey, this is for people who haven’t been charged with one yet. Put your hand down.)

The SEC defines a “Ponzi scheme” as “an investment fraud that pays existing investors with funds collected from new investors.” Typically the schemer promises high returns with little or no risk, and actually delivers high returns, at least for a while. But that’s because what he’s drawing on aren’t profits from successful investments, but money he was just paid by newly recruited investors. Obviously, this depends on a constant flow of new money from new investors. Unfortunately, the number of new investors is less than infinite, which means that sooner or later, a Ponzi scheme will necessarily fail.

Of course, this type of scheme predates Charles Ponzi, the crook after whom these things are named in the United States. Charles Dickens described such a scheme in at least two of his novels, for example (though all you fans of Martin Chuzzlewit already know that, of course). The idea of borrowing or stealing from one person in order to pay another has also been called “robbing Peter to pay Paul,” and the OED has examples of that going back to the 15th century. It’s probably at least 50,000 years older than that, but I don’t know what they called it then.

Ponzi schemers mentioned here have included Bernie Madoff, “Excuseman,” and this guy, but the most comedy was provided by Scott Rothstein, who managed to run one of the largest Ponzi schemes in history from a medium-sized Florida law firm. Rothstein’s appearances here involved, among other things: his gold-plated toilet; his decision to flee to Morocco; his decision to come back from Morocco; and his statement that he asked his partners not to deal drugs from the office, not because he objected to drug dealing but because it might lead to the discovery of, as he put it, the “giant Ponzi scheme” he was running out of the same office.

More to the point, none of these people succeeded, and neither did Matthew Piercey. Prosecutors allege that Piercey and an accomplice operated bogus investment funds, skimming money for themselves and using money from new investors to make “lulling payments” to existing ones. Again, schemes like this are doomed to fail because sooner or later, you’ll run out of new investors. The only way to “succeed” would be to make your escape when (or just before) the jig is up, but this almost always fails too.

Which brings us to the second problem, one that I know most of you are already familiar with: if the escape attempt involves water, your chances are effectively zero.

Looking at the history of attempted-water-escape tales here, I’m reminded that I recently purported to give up trying to convince potential crooks not to do this, because I’d mentioned it many times without any apparent effect. See “Fine, Get in the Sea, Crooks” (Aug. 28, 2020) (collecting and linking to 11 such tales dating back to 2010, and then providing seven more). So why mention this one? Well, first, popular demand. “Probably a million people are going to tell you about this,” said Steve B., who was first to do so, and if by “million” he meant “lot of” he was absolutely right. [Note: Those people also included Kyle Hanson, who wasn’t first but asked me to mention him so he could show his friends and family that his name appeared in Lowering the Bar. In general, of course, people should try to avoid having their name appear in Lowering the Bar, but this is different. Thanks to Steve and Kyle and everyone else who made sure I didn’t miss this one.] Second, and surprisingly, this one does offer some new lessons for people to not learn.

According to the government’s brief opposing bail for Mr. Piercey, he fled when FBI agents showed up to arrest him on Monday at his home in Redding, California. This flight began in the usual way, by car. (Actually, there was probably at least some foot travel involved right at the start.) Piercey ended up on I-5 heading north. What’s north of Redding? A lake:

Law enforcement tracked Piercey’s vehicle from the air during the chase. Then, Piercey abandoned his truck near the edge of Lake Shasta, pulled something out of it, and swam into Lake Shasta. Piercey spent some time out of sight underwater where law enforcement could only see bubbles. He remained in the frigid water for approximately 25 minutes. When Piercey finally emerged from the lake, law enforcement discovered that he had a Yamaha 350LI underwater submersible device.

This is the device pictured above (in an image from the brief), seen here in a better image from Yamaha’s website:

You can see some people enjoying it here:

To the best of my knowledge, though, these people weren’t trying to flee from the FBI at the time. And while the 350Li is probably great for seeing the sights underwater, it’s not going to help you escape from law enforcement. This is because it just doesn’t solve the fundamental problem with such an attempt: you are in the water, and they are not. This gives them significant advantages in terms of mobility, breathing, and (in some cases) not being eaten, all of which are important. Cool as the 350Li is, it is not going to solve any of these problems.

According to Yamaha, the 350Li has a top speed of 3.7 mph, the equivalent of a fast walk. That’s faster than you can swim, and it would be faster than an unaided FBI agent could swim, too. But it doesn’t matter because the FBI isn’t getting in there with you. It doesn’t need to. It has things like boats and helicopters that could reach any point on the lake quickly, once you come out. So all it has to do is wait.

And if you’re in Shasta Lake in November without a wetsuit, as Piercey was, it won’t have to wait very long. According to the state, the average water temperature there on Monday was just 55 degrees, which is fine if you’re on shore, but water that cold will kill you in hours and you’ll be in trouble long before that. Piercey stuck it out for 25 minutes, during which time he could not have traveled more than 1.5 miles even at top scooter speed. That’s not far enough, or fast enough, to do any serious eluding.

There is also the breathing issue. Piercey didn’t have scuba gear, or if he did, he didn’t have time to put it on. And as you know if you’ve ever been underwater, without scuba gear your time there is pretty limited. The brief only tells us that Piercey spent “some time” underwater, and I think it’s safe to conclude that “some” means “very little” and then only intermittently. It doesn’t do much good to have a sea scooter for this purpose if you have to breach every couple of minutes. Because they can see you.

And even if you did have scuba gear, they could still see the bubbles. The 350Li is electric, so the bubbles law enforcement saw here must have been generated by Piercey. I don’t know why he was exhaling underwater, but it sounds like he didn’t have a chance to rehearse this, so that’s probably it.

Again, these details are mostly from the government’s brief arguing that Piercey should be denied bail because he is a flight risk. He is, although frankly I don’t think the attempt to flee by water actually supports the government’s argument here. But he did try to flee, and there is some evidence that he may have funds available that could support another effort to flee by land. There’s one paragraph in the brief I found persuasive on this point, though also completely baffling:

Prior to coming to California …, Piercey lived in Illinois, and he still has close family there. At the end of July 2020, police in Urbana, Illinois made contact with Piercey in a hospital after he had put his arms through the windshield of a passing car. Piercey told police that the people in the car had stolen approximately $100,000 cash from Piercey’s vehicle. Piercey told police he had the $100,000 cash because he was looking for real estate. Piercey further stated that the money was entrusted to him, that he had a company, and that an accountant tells him if the money is all his or is owned by others.

So he kept $100,000 in cash in his car in case he saw some real estate he liked, that money may or may not be his, and when someone stole it, his plan for getting it back involved “putting his arms through the windshield” of their car as they drove by? Okay. Like I said, I don’t know what the hell was going on there, but it doesn’t sound especially legit.

Finally, I should note that the use of an underwater “scooter” for something like this is unusual, but not unprecedented. Back in July, someone tried to smuggle two bundles of pot into the U.S. by towing them underwater behind a Seabob-Jet in the Detroit River. That wasn’t an escape attempt, but it still failed, even though the Seabob-Jet is significantly faster than the 350Li and law enforcement didn’t see him get into the water. So again, let this be a lesson to you. Although I don’t know why I bother to say that.