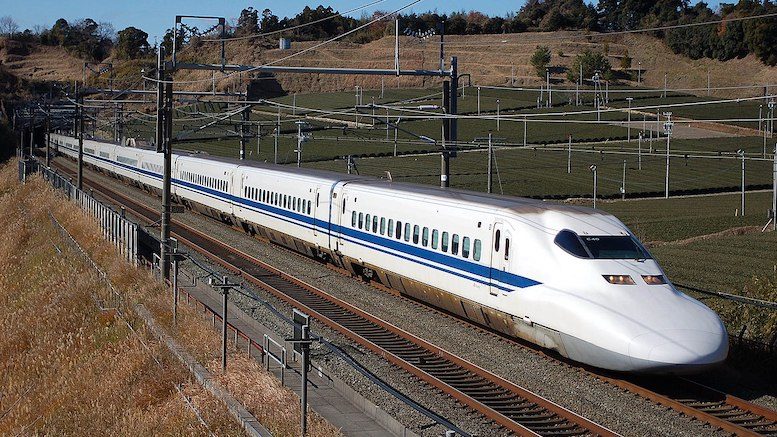 That's 60 seconds they'll never get back (image: public domain, via Sui-setz on Wikipedia)

A while back we discussed the matter of a Harvard Law School grad who threatened to sue a local restaurant that had overcharged him by four dollars. See “Harvard Grad Threatens Legal Action Over $4 Charge” (Dec. 10, 2014). He had refused the offer of a refund, saying that would be an “exceptionally light sanction” for what he believed to be intentional wrongdoing. The appropriate sanction, he suggested, would be $12, to parallel “the approach provided under the Massachusetts consumer protection statute, MGL 93a, wherein consumers broadly receive triple damages for certain intentional violations.”

He later apologized, but not for using the word “wherein,” so as far as I’m concerned that’s no apology at all.

Arguably, the demand in this matter reported a few days ago by the BBC is even smaller, but the motivations involved seem very different.

According to the report, a Japanese train driver is suing his employer to recover 56 yen, the equivalent of 49 U.S. cents and the amount his employer reduced his pay after he negligently delayed a train. Apparently, the man mistakenly went to the wrong platform while waiting to take over from the previous driver. When he realized his error, he rushed to the correct platform, but it was far too late. Two minutes too late, to be precise, which resulted in a one-minute delay in departure and a corresponding one-minute delay in parking the train at the destination. Aghast at this dereliction of duty, his employer, JR West, reduced his pay by 85 yen (US$0.75), arguing that “no labour had been performed during the stoppage.” Assuming this was assessed for the 60-second delay that resulted and not the 120-second delay in relieving the previous driver (he made up 60 seconds somehow), this comes out to 1.42 yen or 1.25 US cents per second of delay.

The driver refused to accept this, and appealed the matter to the Okayama Labour Standards Inspection Office. Based on a rationale that the BBC unfortunately did not explain, the office said the amount should be reduced to just 56 yen (US$0.49), and the employer agreed.

This still did not satisfy the driver, who pointed out among other things that the 60-second delay had not actually disrupted the timetables or inconvenienced any passengers, because the train had been empty at the time and only needed to be taken to the station to be “warehoused” for the night. He has therefore appealed again. His case is now before the Okayama District Court, where he is seeking damages.

Those damages include, of course, the 56 yen of which the penalty deprived him, but he is also reportedly seeking an additional 2.2 million yen (US$19,407) in damages for “mental anguish.” If he’s alleging the anguish was caused by the penalty itself, this would be a ratio of approximately 39,287 to one (2.2m/56). Presumably, the anguish is also due to the surrounding circumstances, or … something like that.

The BBC notes that, as the above suggests, Japan’s rail system is “known for its reliability,” something companies take quite seriously. In 2017, a company issued an apology for the inconvenience that may have been caused by the departure of one of its trains 20 seconds early.

The situation in the United States is similar, in that it also has some trains.