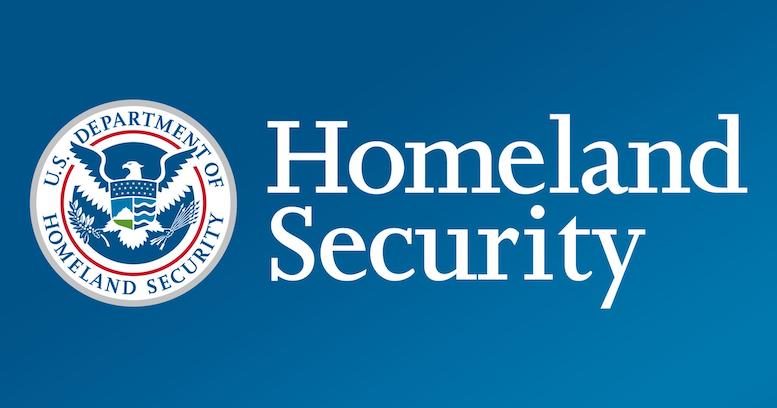 A likely story, “John Stevenson,” if that is your real name.

“Stevenson” is a 70-year-old Scot from Inverclyde (or so he claims) who had planned to fly to New York City on December 3 along with a companion purporting to be his wife, “Marion.” They reportedly described the purpose of the trip as a “holiday,” but no details were provided. But the trip is on hold now, after eagle-eyed bureaucrats at Customs and Border Protection noticed that “Stevenson” had answered “yes” to a question on the immigration form that asks whether a traveler plans to do any terrorism while in the United States.

Of course, he claims this was a mistake.

In most cases, travelers need a visa as well as a passport to enter the United States legally, but citizens of about two dozen countries can apply for a visa waiver. 8 C.F.R. § 217. This can usually be done online through the Electronic System for Travel Authorization, which is what “Stevenson” was using. The ESTA form asks for basic information like name, address, passport number, and so forth, and then has a series of questions that, if answered “yes” truthfully, will make all the prior questions irrelevant. The applicant may not be denied a visa for that reason alone, but will have to visit a consulate and fill out more traditional forms. In this case the applicant was tripped up by the ESTA terrorism question.

I tried to get a look at this on the ESTA website, but couldn’t get to that question. The online form has multiple pages, and this question is on a later page. Answering all the earlier questions truthfully wouldn’t work (I’m a U.S. citizen so don’t need a visa), and I didn’t know what false information to provide (e.g., I don’t have a passport number from another country). Please understand, I did my best to fabricate the necessary answers on this government form in order to get this information for you. I just didn’t succeed. But most likely the ESTA question is the same as the one on the I-94W Nonimmigrant Visa Waiver form. And on that form, the question reads as follows:

Do you seek to engage in or have you ever engaged in terrorist activities, espionage, sabotage, or genocide? ___ Yes ___ No

Obviously this presents any terrorist, spy, saboteur, or … genocide-committer with an inescapable dilemma. Either they tell the truth, which at a minimum will mean it will be utterly impossible to get into the U.S. to carry out their plan, or they lie, in which case they will be in really big trouble for lying on a government form. Law enforcement may not even need to get involved, because the mental effort required to struggle with this conundrum will frequently cause the evildoer to have a disabling stroke, or simply to explode into easily manageable chunks of foul-smelling goo.

“Stevenson” didn’t suffer either of those fates, but the question did trick him into saying “yes.” He of course blamed the website. “We were filling out the visa form,” he told reporters, “and it kept timing out before we could tick all the boxes.” When he managed to reach the “terrorist” question, he claimed he answered “no” and the website then had another issue. The answer then “must have jumped from ‘no’ to ‘yes’ without me knowing,” he expected listeners to believe.

When the alleged grandfather noticed his “mistake” after completing the form, he persevered, contacting U.S. officials directly to give them his information. Of course, this did not fool them. “They looked up my ESTA number and said ‘you’re a terrorist,'” he said.

Once an ESTA application is denied, the applicant can’t use that system again. He or she can still apply for a visa in the regular way, but that is more expensive and takes longer, so it is unlikely that this would help the “Stevensons” in time for their December 3 “holiday.” United Airlines has told them that the cost of the flights, at least, would not be refunded because of missing travel documents. One source suggested the couple might be able to “fix the error” by visiting the U.S. embassy in London and talking with officials. Following that interview, they would presumably be cleared to visit either New York temporarily or Guantanamo permanently.

The New York Times claimed that the Department of Homeland Security could not or would not explain the reason for the ESTA terrorism question when asked about this report, and according to the Times, “it is not clear why any terrorist, spy, saboteur or mass murderer would answer ‘yes.'” But the Times apparently did not check the CBP’s Frequently Asked Questions page, which makes clear that “ESTA counterbalances vulnerabilities inherent in visa-free travel by adding a layer of advance scrutiny that enables DHS frontline personnel to focus even more on the small population of potentially dangerous travelers.” Though I guess, to be honest, that doesn’t really explain how the question “are you a terrorist” does that.

Still, DHS promises that it “has carefully developed the ESTA program to ensure that only those individuals who are ineligible to travel to the United States under the VWP or those whose travel would pose a law enforcement or security risk are refused an ESTA,” and that’s certainly good enough for me.

As far as I can tell, no actual terrorist, spy, saboteur, or mass murderer has been refused an ESTA to date for answering “yes,” but the Times reports that last year CBP kept out a baby whose grandfather made the same “mistake,” and that earlier this year a former NATO secretary general was refused an ESTA because he admitted he had visited Iran (also a no-no) in 2013. So even if the questions didn’t stop terrorists, they have been proven to keep out babies, NATO secretaries general, and Scottish grandparents, making America that much safer.

Town Says It Will Prosecute Official Who Did Something Useful