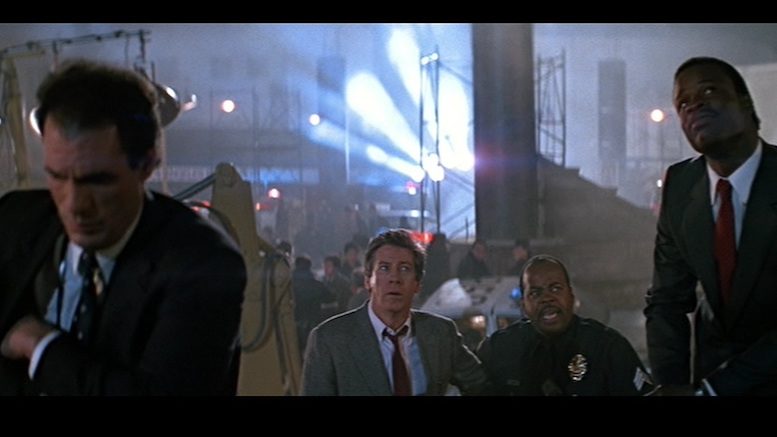 Here’s another case from my archive, this one a 1974 decision that turned partly on the refusal or inability of federal agents to speak English instead of law-enforcement jargon. United States v. Marshall, 488 F.2d 1169 (9th Cir. 1974).

I know I’ve mentioned this before—police never “arrest a person,” they “apprehend an individual,” and so on—and I found references to it in various posts, but no full-blown discussion. See, e.g., “Suspect Located” (June 11, 2019) (police “encountered two individuals outside a home”); e.g.,”Youthful Terrorist Apprehended” (Apr. 27, 2007) (police report used “perpetrator” to describe a six-year-old girl). I have of course ranted about the problem more generally. See, e.g., “Jargon Users Need to Circle Back and Get All Their Ducks in a Row” (June 18, 2014).

Marshall involved a motion to suppress evidence that federal agents confiscated from individuals upon seeing the evidence in plain view after entering a residence in order to secure it. Or at least that’s how they described it. The court found it was more accurate to say they had barged in without a warrant or probable cause and then searched the place and everybody in it. To some extent, the agents may have been trying to distinguish between “securing” the place in the sense of a quick sweep for safety purposes and “searching” it more thoroughly for evidence. But as shown by the excerpts in the opinion, the agents’ failure to speak plain English on the stand didn’t help their credibility. The court was sufficiently frustrated to create this footnote:

We hope that the agents who testified in this case are not typical…. If they are, we wonder what sort of training the Bureau gives its agents.1

1 The agents involved speak an almost impenetrable jargon. They do not get into their cars; they enter official government vehicles. They do not get out of or leave their cars, they exit them. They do not go somewhere; they proceed. They do not go to a particular place; they proceed to its vicinity. They do not watch or look; they surveille. They never see anything; they observe it. No one tells them anything; they are advised. A person does not tell them his name; he identifies himself. A person does not say something; he indicates. They do not listen to a telephone conversation; they monitor it. People telephoning to each other do not say “hello;” they exchange greetings. An agent does not hand money to an informer to make a buy; he advances previously recorded official government funds. To an agent, a list of serial numbers does not list serial numbers, it depicts Federal Reserve Notes. An agent does not say what an exhibit is; he says that it purports to be. The agents preface answers to simple and direct questions with “to my knowledge.” They cannot describe a conversation by saying “he said” and “I said”; they speak in conclusions. Sometimes it takes the combined efforts of counsel and the judge to get them to state who said what. Under cross-examination, they seem unable to give a direct answer to a question; they either spout conclusions or do not understand.

The court left out the use of “individual,” but otherwise it’s a pretty good list.

I couldn’t find any other decisions in which courts have ranted to this extent about jargon. Most decisions involving “law enforcement” and “jargon” have to do with testimony by people who claim to be experts in “drug jargon,” which presents issues of its own. See “Opinion Corrected: Replaces ‘Iggidy’ With ‘Wiggity’” (Sept. 14, 2007). I did find this judicial complaint, though, which I thought was also worth reproducing:

It must be obvious to all that a “School Intersection Safety Associate” is, and is understood by all to be, the same as a “School Crossing Guard.” While plaintiffs suggest an ulterior purpose, the Court regards use of this new high-flown title as nothing more than the same kind of currently prevalent euphemistic bureaucrat jargon which has renamed prisons as correctional centers, prison keepers or guards as correctional officers, garbagemen as sanitation engineers and labor unions as collective bargaining agents.

Court: Your Unicorn Case Is Not an “Emergency”

I’ll Show You a Run-On Sentence

TIP: Photoshopping Self Into Charity Photos Not Likely to Result In Lighter Sentence

Motion to Recuse Based on “Prior Relationship” With Judge Is Denied