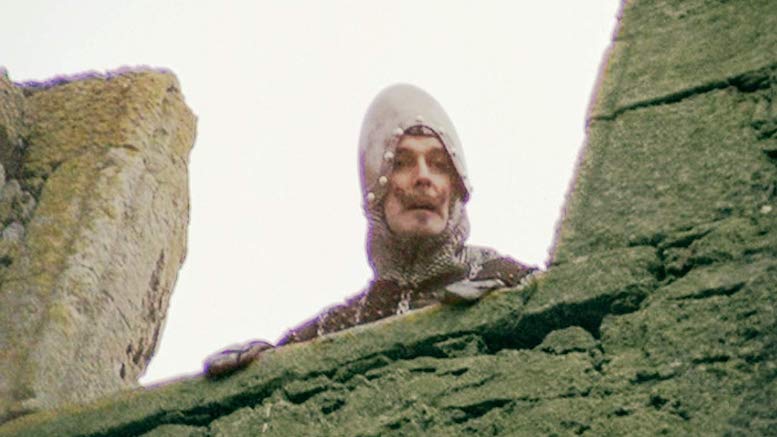 "Where do you think I got this outrageous accent? Toulouse?!"

Reuters reports that a member of France’s ruling party has proposed a bill that would make it illegal to make fun of another person’s accent, in response to some recently publicized mockery by Jean-Luc Melenchon, a member of an opposition party.

Surprisingly (to an American), Melenchon was making fun of another French person’s accent. But it appears this is more common than an American might think.

The mockery that prompted the bill occurred on October 17, when a journalist asked Jean-Luc Melenchon about an investigation of his party, France Insoumise (“France Unbowed”), for alleged corruption:

In an exchange widely relayed on media and social networks, Melenchon mimicked the journalist’s accent and told her she was “talking nonsense” before turning away and saying: “Has anyone got a question in more or less comprehensible French?”

At least that’s what these reports claim he said—it all sounded like nonsense to me. But French people not only understood it, they heard two different accents. One was whatever Melenchon sounds like, and the other was the accent of southwestern France, specifically Toulouse, which is where the reporter is from.

France does, of course, have regional accents and even dialects just like other countries do. The two biggest categories are often referred to as the langues d’oïl and langues d’oc, which are named for the different words for “yes,” or at least they used those words during medieval times. (“Oui” apparently derives from “oïl.”) Toulouse is smack in the middle of langues d’oc territory. I can’t really characterize the accent, but The Telegraph reported it this way:

Asked for a comment from a journalist from the southwestern city of Toulouse, where silent vowels are more “sung” than further North, a clearly irked Mr Mélenchon hit back mockingly: “Qu’esseuh-que ça veut direuh?” (the French equivalent of saying: “Whatadoesa thata mean?”).

Video clips of this exchange circulated widely on social media, leading to an angry response from Parisian MP Laetitia Avia.

“Must one suffer humiliation if one doesn’t speak standard French?” Avia said, in what may or may not have been standard French. “Because our accents are our identity, I am offering a bill to recognise glottophobia as a source of discrimination.” (The few people actually using the word “glottophobia” mean it in this discriminatory sense, as in “homophobia” or “Islamophobia,” not literally meaning “an irrational fear of tongues,” although there should indeed be a word for that.)

I have not seen the text of the bill [now I have], but according to L’Express it would amend Article 225-1 of the French Penal Code, which defines illegal discrimination. Interestingly, as it stands, Article 225-1 only includes “the ability to express oneself in a language other than French” (de leur capacité à s’exprimer dans une langue autre que le français), which I think can only mean the legislators specifically intended to preserve the ability to make fun of people who don’t speak “French” “correctly.”

This may or may not be why Avia has admitted her bill has no chance of passing.

Melenchon was just being a jerk anyway, which I think is supported by evidence that he almost certainly has a very weird accent himself. Again, I wouldn’t know for sure. But oddly enough, Melenchon is not even from France originally. According to Wikipedia, he was born in Morocco (then a French possession, but certainly not France) to parents of Spanish descent, and didn’t live in France until he was 11 years old. He went to school first in Normandy, then in Besançon in the east, but now he represents Marseille, in the south, “whose inhabitants have a particularly thick drawl.” But who knows? Not moi.

Ride Something Dangerous Down a Hill Today

Why the “Six Ways Buzzfeed” Brief Is Less Than Amazing