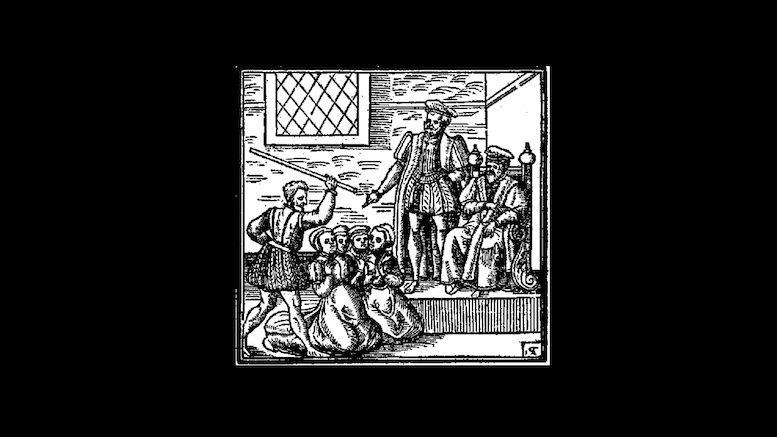 They all weighed the same as a duck

Sources report good news and bad news for Scottish witches. The good news: they’re likely to receive pardons that will clear them of all charges under the Witchcraft Act. The bad news: they’re already dead.

They’ve been dead for a while now, of course, because even Scotland hasn’t actually prosecuted anyone for witchcraft in almost 300 years. But a lot of them didn’t get the chance to die of old age, because they were tortured, convicted, and executed, and then their corpses were set on fire for good measure.

Still, a pardon would be nice.

Witchcraft has been frowned upon for some time, but the first statute defining it as a felony in what is now the United Kingdom was apparently England’s Witchcraft Act 1542. That was repealed a few years later, but in 1563, new anti-witch laws were passed in both England and Scotland, and these would stay on the books for centuries.

Here we are concerned with Scotland’s Witchcraft Act 1563, which made it illegal “to use ony maner of Witchcraftis, Sorsarie or Necromancie, nor gif thame selfis furth to have ony craft or knawledge thairof, thairthrow abusand the pepill,” or to ask another to do the same, “under the pane of deid….” See Julian Goodare, “The Scottish Witchcraft Act,” 74 Church History 39 (2005) (quoting Acts of the Parliaments of Scotland (1814–75)). While the auld-tymie spelling is amusing, I strongly encourage you, if you’re not Scottish and maybe even if you are, to read the full text out loud in an absolutely terrible Scottish accent as I did.

It probably wouldn’t sound funny if the person reading it was explaining what you’d been charged with, but it’s kind of funny now.

There weren’t many prosecutions under this Witchcraft Act until about 1590, when witches unfortunately failed to sink the ship in which King James was returning from Denmark. James had left Scotland the year before to bring home his new bride, Anne of Denmark. Witch prosecutions were all the rage in northern Europe at the time, and James heard all about it there. So when his ship was almost sunk by storms on the way back, he suspected … witchcraft! This led to the North Berwick witch trials, which you should not be surprised to hear successfully identified dozens of Scottish witches. (Many of them confessed, which either means witchcraft is real or that people will confess to anything if you subject them to tor— I mean, enhanced interrogation techniques.)

James had so much fun with this that a few years later he wrote a treatise entitled Daemonologie, which he said was prompted by “the fearefull aboundinge at this time in this countrie, of these detestable slaves of the Devil, the Witches or enchanters,” and explained why punishing them was justified. He also included a bonus chapter about the North Berwick trials. (Shakespeare most likely read all this nonsense, which is probably one reason the witches in Macbeth talk about wrecking ships.)

But Scotland was just getting warmed up when it came to burning witches. According to this report inThe Guardian, between 1563 and 1736 Scotland put an astonishing 3,837 people—mostly women—on trial for witchcraft, and two-thirds of them were convicted. This is a lot more than in other European countries or North America, where even in Salem only 19 people—and even less acceptable, two dogs—were executed for witchcraft. Exactly why Scotland was so infested with witches at this time compared to other countries is something I’m going to blame on King James, because that’s true and/or because I’m too lazy to research it.

The point here anyway is that all those convicted witches may get not just a pardon, but an official apology, which would be nice even if it’s a bit late. This has been discussed periodically for years, and several groups have endorsed it, including Witches of Scotland (I’m pretty sure that’s just the name of the campaign, it’s not actually a group of witches). The Guardian‘s report says that a member’s bill has “secured the support” of the administration, but that may be a little optimistic. I did get three pages of results when I searched Parliament’s website for “witchcraft,” but none of them involved a bill that has been proposed or introduced.

This page appears to be a transcript of the September 1 meeting of the Citizen Participation and Public Relations Committee, and a petition to pardon the witches was discussed at that meeting (between discussions of ferry service and financial support for taxi drivers). According to this, while everyone generally seems to support the idea, they aren’t exactly sure how it would work.

At least under current Scottish law, a legislative “pardon” apparently means that the conviction is “disregarded” and so has no effect. But it is not actually “quashed,” the administration said, because only a court can do that. To have a conviction quashed due to a miscarriage of justice, the Scottish Criminal Cases Review Commission has to make a referral to the High Court. But the problem with that, the administration said in this later submission, is that the SCCRC can only consider posthumous applications “made on behalf of a convicted person by someone who would have standing to bring an appeal on their behalf.” And “in practice,” it explained in just the sort of language you’d expect it to use, “this will almost certainly not be possible given [that] the age of the convictions for witchcraft mean any future appeal would not be within criminal procedure appeal rules.” Translation: we killed these people so long ago that their relatives are dead too. So sorry.

This conundrum has led to suggestions that the thing to do would be to ask the Queen for a pardon, invoking the “royal prerogative of mercy.” I assume that since they’re discussing this, the effect would be to quash the convictions, but it isn’t clear. I’m sure it would have, back when the monarch could do whatever he or she wanted, but things are different now. If this would quash the convictions, then it only seems fair that the Queen should do it, given that it was her great-uncle umpteen times removed (or something like that, I’m definitely not looking that up) who had all these people murdered in the first place.

The administration’s submission does talk about the possibility of “future legislation” in this area, so that suggests Parliament could change the law of pardons or just pass a bill quashing the convictions directly. And again, something like that could be in the works, but it doesn’t seem to have been introduced yet.

The government of Massachusetts passed something a while back apologizing for Salem, but similar proposals have met with mixed receptions elsewhere. I think the last time I wrote about this, Connecticut had just refused to apologize for its witch trials for the 361st year in a row. See “Witches Screwed Again in Connecticut” (Apr. 4, 2008). I will update you on the status of both sets of long-deceased witches at some future time.

Hopefully There Will Be No Winners in Lawsuit Against Psychic